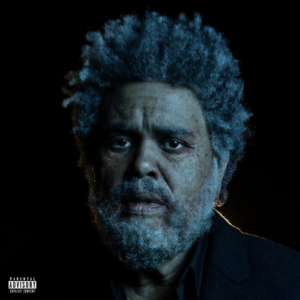 Permalink
With its unorthodox composure, catchy dance beats and complex, personal meaning, "Dawn FM" is the height of The Weeknd’s musical potential.

On New Year’s Eve, fans of Canadian singer Abel Tesfaye, professionally known as The Weeknd, opened Instagram to find a since-deleted screenshot of a cryptic text message exchange between Tesfaye and his creative director La Mar Taylor. In the message, Tesfaye described how “music can heal” and how he has to drop his upcoming album and “enjoy it with the people.”

His succeeding post on Jan. 2 urged his audience to “wake up at dawn tomorrow” for the drop video of “Dawn FM,” his fifth studio album, which was ultimately released on all streaming platforms on Jan. 7.

The album’s theme revolves around a radio station aiming to entertain listeners who are currently in purgatory, waiting to reach their destination or the “dawn” of their life. 103.5 Dawn FM settles listeners into around 45 minutes of immersive synths.

With its bass-heavy, psychedelic retro theme, “Dawn FM” contrasts extremely well with the darker, more introspective tones of Tesfaye’s previous album “After Hours,” which sought to explore the blindness and loneliness that fame has brought him. “Dawn FM” seems to be a comforting reconciliation of these issues as the increased mention of death and religion comfort him as he finds internal understanding.

Tesfaye took a clearly dance-pop approach with the album, unorthodox compared to his earlier R&B albums which are more pensive and slow. The layered, drawn-out beats mesh perfectly into a psychedelic mode that the listener is indulged in. With their energetic and chaotic beats and vocals, songs like “Take My Breath” and “Sacrifice” embody the hallucinatory rush that the album is based around.

The album’s dance-pop feel complements the lyrics and theme of all the songs, which revolve around the tumult but relentless love in a declining relationship. With the aforementioned immersion of the instrumentals, Tesfaye unlocks his emotions and thought process on relationships on a personal level.

Though “Dawn FM” undeniably is a branch into the pop realm, the album stays grounded to Tesfaye’s dark, emotionally throbbing R&B roots that define him as The Weeknd.

The mechanics of the album play perfectly into the immersive journey the radio intends to take listeners on. After the majority of the songs, the host of the purgatory radio show chimes in for a brief moment to remind listeners (giving a full-fledged advertisement in “Every Angel is Terrifying”) about the afterlife. The radio introduces the beat of the next song, cleanly sliding into the next track.

Tesfaye’s two features, rappers Tyler the Creator and Lil Wayne, also give a refreshing splash to the album. The eccentric, bouncy rhythm of Tyler’s verse contrasts nicely with Tesfaye’s prolonged, lullaby-like vocals in “Here We Go Again” while Wayne’s signature rasp in his effortless verse glides with the staccato beat present in “I Heard You’re Married Now.”

Although the composition and execution of “Dawn FM” are extremely strong, one of the album’s downsides is a lack of depth behind the lyrics. Besides the mysterious interludes, the consistent theme of heartbreak and its aftermath became somewhat stale, especially since the pop scene is already inundated with extremely thematically similar songs. Message-wise, “Dawn FM” pales in comparison to Tesfaye’s previous works, which are adorned in aching, nihilistic, and realistic motifs.

The internal gearing of “Dawn FM” also dictates that the album is only complete as a consecutive story. The intermittent beeps from the radio host result in the majority of songs being somewhat incoherent for single streaming. As such, the flow and meaning of the story are fractured when the album is shuffled.

Regardless of these nitpicks, the sheer production quality of the beats and the unique approach Tesfaye took vocally make “Dawn FM” a towering addition to his discography. The album clearly seems to be made to satisfy Tesfaye’s internal resolution with fame, money, relationships, and religion. Such a personal approach to an album, especially with its unconventional framework and interludes, is a refreshing take to the increasing monotony of the pop scene.

With the progression of the album, Tesfaye clearly marked the album as a reflection of a past stained with sin. The last song before Carrey’s conclusive interlude, “Less than Zero,” is a testament to accepting and embracing the life Tesfaye has led and how he has found internal peace at the summit of the music industry, which is his ultimate goal before entering the afterlife. “Dawn FM” is a clear ode to Tesfaye’s evolution as a vocalist and human and is a profoundly unique way to kickstart 2022’s musical era.