Senioritis is natural and not altogether bad

Second semester — the golden stretch of time where seniors, finally finished with college applications, can supposedly embrace their newly contracted senioritis.  The symptoms: falling grades, frustrated teachers and suddenly indifferent students To combat this, many teachers attempt to emphasize the importance of continued academic diligence. Seniors are well accustomed to these repeated lectures that […]

Students here are fortunate to attend a school with a wide variety of course offerings, from a multitude of language and science courses to a wide range of electives. Of course, these different courses all have varying levels of difficulty, but there’s a fundamental problem when classes with the same title are taught or graded […]

At the beginning of this semester, my parents had me take two 5-day-long breaks from school — from Jan. 7-11 and Jan. 15-19 — because of heightened pandemic risk. At the time, 31 students had tested positive for COVID-19, I hadn’t gotten my booster shot and rates of the disease had just skyrocketed after winter […] 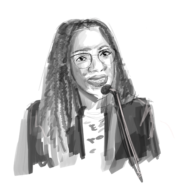 After Supreme Court Justice Stephen Breyer, 83, announced his coming retirement earlier this year, President Joe Biden said he would fill the empty seat with a Black female judge. In February, Biden tapped Ketanji Brown Jackson, a judge on the U.S Court of Appeals for the District of Columbia Circuit, as his nominee.  After Biden’s […]

Already needing to pay a median pre-tax household income of around $67,521, most homeowners in the U.S. are likely not excited to kiss goodbye to an additional $3,000 or $6,000 in taxes yearly (4.4% or 8.9% of annual income on median) from their bank accounts for each vacant residence they own. A traditional rule of […]

“Oh, your child isn’t taking double sciences or APUSH this year? Well, my child is taking seven APs this year, competing in various STEM competitions, enrolling in courses at West Valley and working on their non-profit.” While this comment may seem like an animated exaggeration of a conversation between Saratoga parents, the sentiment in the […]

read more »
People are missing the point of Valentine’s Day

Chocolates, flowers and fancy restaurants.  Every Valentine’s Day, social media feeds get swarmed with posts showing off the grand gesture their significant other pulled off for them, or a romantic surprise they prepared.  However, the point of Valentine’s Day is to further strengthen a genuine bond between two people. But its current status, centered around […]

After three years out of public eye, Elizabeth Holmes, the founder and former CEO of the now-defunct blood analysis company Theranos, was convicted on Jan. 3 on four of 11 counts of wire fraud. The rise and fall of Theranos, arguably one of the most intriguing and disgraceful episodes of fraud within Silicon Valley’s technology […] 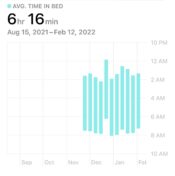 In AP Statistics recently, I witnessed a junior who went to sleep at 3 a.m. the previous night give into the blissful, yet fleeting pull of sleep instead of completing their warm-up worksheet. They woke up startled after the concerned teacher tapped them, asking apprehensively what time they went to bed the previous night.  Such […]

“New year, new me.” It’s time to move on from this overused cliché: New Year’s resolutions have lost their value. What once prompted reinvention and improvement has become another excuse for a lack of motivation. When midnight hits on Jan. 1, it’s normal to feel a sudden burst of energy, as if you’ve dialed into […]