Alumni come back to participate in annual basketball games vs. varsity teams
December 9, 2017 — by Karen Chow

Davey, who has coached basketball here for more than two decades, looks forward to the game every year because he gets to catch up with the graduates. 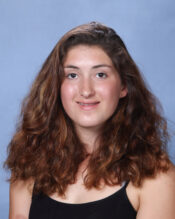 Freshman Nora Sherman is carrying on a family transition as wrestler.

Previews for the field hockey season.

The wrestling team has struggled in the past with a drop in members.

Despite the declining number of wrestlers, coaches remain optimistic that the team will recover in the future.

read more »
To play or not to play? Outdoor sports teams adjust to extreme weather
November 28, 2017 — by Sandhya Sundaram

Harsh weather conditions and a lack of flexibility have caused challenges in scheduling games.

read more »
Upperclassmen inspired to go to the gym
November 17, 2017 — by Jayne Zhou and Callia Yuan

A group of upperclassmen find joy and success in working out together to getting fit.

Senior Daphne Liu suffered her first concussion in March 2015 when she was knocked backwards in a club tournament during her freshman year. Despite the dizziness, she continued to play, heading the ball and falling several more times throughout the game, only find out later that she was exacerbating the problem.