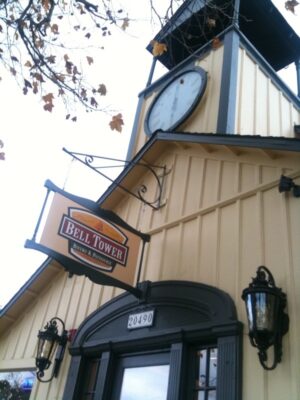 Known for its upscale appearance, tasty food and affordable prices, the Bell Tower Bistro has been chosen as the recipient of the Saratoga Youth Commission’s first Teen Friendly Business Award.

Known for its upscale appearance, tasty food and affordable prices, the Bell Tower Bistro has been chosen as the recipient of the Saratoga Youth Commission’s first Teen Friendly Business Award.

The Youth Commission created the award in an effort to attract more teens to Saratoga downtown and improve business for stores. A new teen-friendly business will be chosen in two months and will receive a certificate as well as a sticker to place on their window.

Bell Tower, a downtown restaurant recently opened by Michael Shadman and his wife Manhaz Khazen, beat out several other downtown businesses on qualities important to teens, such as ambiance, price, variety and service.

“We’re really honored to have received this award,” Shadman said. “I feel satisfied that the youth likes our restaurant because making the Bell Tower a place for teens was what we intended to do. Getting this award from the Youth Commission clearly shows that we have achieved our goal, and we will work to maintain it in the future.”

Shadman and Khazen catered their restaurant to the teenage demographic because they had trouble finding family-friendly restaurants for themselves and their own children in Saratoga.

“Every time we came to downtown, there was no place for us. There’s no place for the youth to have a cup of coffee, dessert or a sandwich,” Shadman said. “Our goal was to create something for families. Bell Tower is a place where the young and grownups can just hang out, and there’s food for all ages.”

And although prices are higher than those at a fast-food burger joint, the Bistro offers a 20% discount to all students, which Shadman hopes will attract more students to stay in Saratoga when they head off-campus for lunch.

“This is a place for teens to enjoy. Bring your friends and just hang out,” he said.

A ceremony for the Bistro will be held on Feb. 11 at the arc in downtown Saratoga.