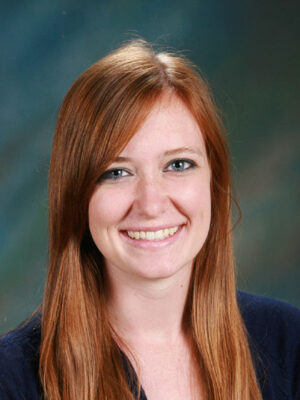 “You know, back when I went to Saratoga...”, “During my childhood here...”, “I never had to deal with...”. These are all the typical conversation starters for each time I get told about how high school was so different back in the ‘70s. And I don’t just get this from one parent, I get it from both. Yep, that’s right. Both of my parents went to Saratoga High for high school.

“You know, back when I went to Saratoga…”, “During my childhood here…”, “I never had to deal with…”. These are all the typical conversation starters for each time I get told about how high school was so different back in the ‘70s. And I don’t just get this from one parent, I get it from both. Yep, that’s right. Both of my parents went to Saratoga High for high school.

My dad, Jeff Benzing, has been in Saratoga since he moved here in third grade from New Jersey. He went to Argonaut Elementary, Redwood Middle and Saratoga High. He then moved on to UC Berkeley, and then Stanford. So there’s your typical Saratogan.

My mom, then named Janet Hootman, moved to Saratoga from Arcadia in Southern California for her junior and senior years and actually lived her childhood in a house two houses away from the one I live in now. They moved around California a bit but eventually moved back to Saratoga to raise a family.

The funny thing is that my parents had no idea that the other existed until after high school, even though they were in the same grade. In fact, they met at a party after graduation. My mom just never had a class with him, and since she was new, she didn’t know many people.
Back then, there were just different cliques. According to my dad, three main groups of students were present: the athletic/cheerleader set (the jocks), the ones who smoked pot (the loadies), and the middle-of-the-road group.

There was also a huge difference in electives. They had auto-shop, where there was a separate class for girls that was much easier and much less technical. They had a cooking class and offered German as an elective for language. You had to take P.E. all four years, a class that was also gender-exclusive. There were no AP/Honors classes. And they didn’t even teach calculus at high school—you had to go to West Valley to take it.

In one class my mom took, called “Directive Reading,” your entire grade in the class was just showing up, reading a book the entire period, and being able to tell your teacher about your book. Doesn’t that sound nice? I could get all my English reading done! OK, maybe not.

Not many students were focused on getting a 4.0, the highest GPA you could get back then. The competition to get into colleges was far less intense than it is today. As for the SAT, most people only took it once and didn’t study very hard for it, and there was no essay section. There were also about one to five Asians and one to two Hispanics in the entire school.

Now, let’s get to the real fun. The party scene back then was “hoppin’.” There was at least one party every weekend and everyone was invited. It was totally normal to go crash a party and have it grow to include more than 100 people. My question is: Where did that whole thing go? I mean, half of us are too busy doing homework to even think about hoppin’ parties.

Oh, and apparently the best part of the ‘70s was the streaking. During their graduation ceremony in 1974, which used to be held in the inner quad, four students, two boys and two girls, climbed up on the roof, stripped down to just their tennis shoes and ran up on top of the library, flashed the audience, and then ran off. Totally normal, right? Yeah, maybe not. I guess a lot has changed in the past 40 years. For better or for worse? I’ll let you decide.