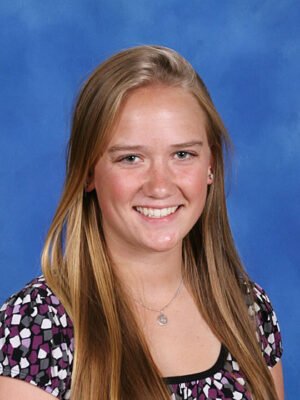 As Valentine's Day approaches, it's easy to get caught up in the wave of finding true love. But I haven't just gotten sucked in by its current, I've been completely smothered by the maelstrom of "The Bachelor: On the Wings of Love."

As Valentine’s Day approaches, it’s easy to get caught up in the wave of finding true love. But I haven’t just gotten sucked in by its current, I’ve been completely smothered by the maelstrom of “The Bachelor: On the Wings of Love.”

Although relatively early in the ABC series, the addiction of drama and fake hair extensions has brought me to the television every Monday night at 8 p.m., waiting to hear who the dreamy pilot Jake will keep around. Although dramatic reality shows aren’t my usual style (I’m a hardcore Monk, White Collar, and Bones fan), there’s something about this series that keeps my attention, and it’s not just Jake’s rock-solid abs.

What teenage girl doesn’t have drama in her life? To make up for the lack in mine, I follow the twists and turns of relationships on television.

I could tell from the season premiere that having that many girls in the same house wasn’t going to work out well, and I knew I wouldn’t be disappointed. Although there hasn’t been a full-on cat fight yet, watching the girls call each other “fake” and talk smack as soon as they leave on dates is oddly entertaining.

How can these girls put up with it? After two hours of watching them bicker over minuscule details of life, I’m relieved to be sitting in my living room watching the show without 20 other girls to argue with.

While I don’t expect a guy to spend thousands of dollars to fly me on a private plane to a concert for two in Palm Springs, there are quite a few date ideas on the show.

Bungee jumping might be a little hard to accomplish as high school students because of the over-18 rule, but if Vienna and Jake can overcome their fear of heights and jump off a bridge together, it might be a good date plan.

I’m also taking notes on appropriate date attire. Just from common sense, I know that wearing a skirt is not a good idea for an amusement park. Sadly, some of the girls missed that lesson from their moms.

I’ll admit it: I have my judgments about all the girls. I have my favorites, I know who I want to go home, and I participate in the arguments as much as the girls on the show do. The first night, I even threw a highlighter at the television when Jake sent home my favorite girl. There are times when I hate Jake and want him to just leave, but then they show him shirtless and I’m addicted once again.

The fact that “The Bachelor: On the Wings of Love” even has an audience means that ABC doing its job: providing mindless entertainment. Actually good shows such as “Monk” and “NCIS” get pushed aside to fill the airtime with “reality” dating to tell people how to fall in love and give them unrealistic expectations of marriage.

But until Jake finds his co-pilot in love, you can find me glued Channel 3 every Monday night. Don’t call between 8 and 10. I won’t answer.