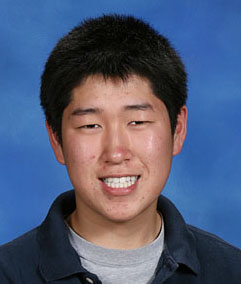 For the past few years a friend of mine told me stories about the weird and frustrating situations she’d gotten into because she shared the same full name as the student a grade above us. She’d been mistakenly called to the Guidance Office only to be turned away because they got the names mixed up one more time. She’d even been contacted about internship offers that weren’t intended for her. And it didn’t help that her Student ID Number was almost identical to her counterpart’s.

Being the gentleman I most certainly am, I could only laugh at this close friend.

Well, it turns out that karma has a funny way of getting back at a guy for a few cheap laughs. Just as this friend’s identity problem of the past three years had finally been resolved by graduation, it looks like mine is getting started, as there are now three “Brian Kim’s” walking this campus, the other two having joined the school as freshmen.

How does that happen? There was never a time in my high school career when I had to worry about another me because I was always the one and only “Brian Kim,” “BK,” “BKim,” etc. Heck, at this point, you wouldn’t even know this column was written by me unless my photo hung above my two-times-overused name in bold print.

It gets worse. I’ve already run into name confusions since before school even started.

It feels good to receive an unexpected call from a friend, but when senior Maggie Lin is on the other end introducing herself as my Link Crew leader for the upcoming year, something is clearly amiss. It turns out that there was a mix-up in the contact information, but it was too late, and my parents had already been informed that I’d be in good hands as I embark on my supposed first year through high school.

As a way to make-up for this little mishap, Maggie kindly introduced me to one of the two freshmen Brian Kim’s, her actual Link Crew kid, and as it turns out, he wasn’t such a bad guy after all — that is, until I heard from afar what I made out to be my initials, “BK.” It’s what many have called me for the past couple of years. From my peers to teachers, “BK” was a good wholesome nickname that I could unfailingly be identified by.

My initial reaction (no pun intended) was to turn around and expect to be greeted by a familiar face, but, of course, that holler across the hallway was for none other than the other “BK.” I was flabbergasted. I was only two minutes into meeting this kid, and he’d already been taking my nicknames.

As Shakespeare pondered, “What’s in a name?” It may seem like my name is just as significant as the next guy’s, but to me, it means a lot more. It’s as if my name weren’t short enough that my friends had to chop it down to make it memorable. My various nicknames have brought me more than an identity. For instance, my initials almost always come up in conversation with new friends. They’ve been known to make people hungry as they provoke great Whopper nostalgia. But most of all, they are the two most popular consonants people have been hollering across hallways to grab my attention for years, until now.

What can I do? It all comes down to me being unlucky, not necessarily just another face in the crowd. Three years of my friend being confused with just one other student equated to my upcoming year of confusion with two other students. I guess this just means I’ll have to work twice as hard to stand out among the three Brian Kims. Funny how things work out, huh?