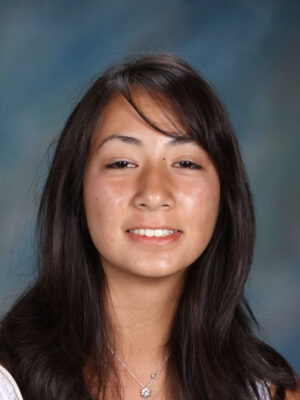 My brother is a freshman in high school this year. Chances are, however, that you haven't seen him wandering around campus.

Though my brother went to Redwood Middle School, he now attends Los Gatos High School. This strikes a number of people as odd. Why have two siblings attend two different schools?

My brother is a freshman in high school this year. Chances are, however, that you haven’t seen him wandering around campus.

Though my brother went to Redwood Middle School, he now attends Los Gatos High School. This strikes a number of people as odd. Why have two siblings attend two different schools?

The main reason for our parted ways is that over the summer, my family moved from Monte Sereno to Los Gatos. Seeing as my brother could walk to school and participate in the local community if he went to LGHS, he opted to do so.

My brother and I, being polar opposites, have always argued about anything and everything, and his treachery in attending LGHS has only added to our myriad of differences. We’ve argued Winter Guard versus tennis, Macs versus PCs, and even cats versus dogs. Of course, we’ve compared our respective newspapers as well.

Now we live the Los Gatos/Saratoga debate. Even driving to school presents a new argument, for at the Los Gatos end, the sign for the Saratoga-Los Gatos road reads Los Gatos-Saratoga road. Which is right?

We both also harass each other with the various stereotypes that exist for our respective schools.

“You go to the Asian school where no one has a life outside of studying!”

“Well, you go to the white school where no one studies at all!”

Perhaps that’s only amusing to us because we’re mixed race and because I, as a junior, spend hours studying for my AP and honors classes while he gets to play Call of Duty all day after finishing a meager freshman homework load. Between us, those generalizations carry a semblance of truth.

However, regarding the overall picture, we both know better. Having two valid sides to each argument has rendered the majority of those popular stereotypes invalid, though some remain debatable.

For the most part, my brother and I have managed to compromise. Before the LG/Saratoga game, I decorated an orange shirt for him after he promised to sit on the Saratoga side at halftime to watch the marching band performance. However, the peace shattered during the car ride home as a rancorous debate ensued regarding the Saratoga victory.

Ultimately, my brother is lucky to have a loving sister who didn’t disown him for his treachery. Sometimes his decision even seems almost understandable. I almost always find myself accidentally wearing my Color Guard jacket or some other piece of apparel with “SARATOGA” emblazoned on it when I walk down the street or wander about the Los Gatos downtown, and I can’t count the strange looks I’ve garnered by doing so.

Still, no matter how ostracized I am in my neighborhood, or however many points I cede to my brother, I think we all know which school is superior in the end.