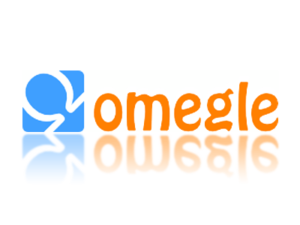 Sure, the Internet is convenient. Sure, it's fun, practical, and entertaining. However, its ability to be dangerous is no secret, thanks to the multitude of sketchy strangers lurking online.

Sure, the Internet is convenient. Sure, it’s fun, practical, and entertaining. However, its ability to be dangerous is no secret, thanks to the multitude of sketchy strangers lurking online.

One emerging site, Omegle, created by 18-year-old Leif K-Brooks last year in Brattleboro, Vt., allows people to anonymously have a one-on-one chat session with a complete stranger. Since March 2009, it has gathered a great number users, although it may not be one of the leading websites just yet. Although the users are completely anonymous and either person can exit at any time, the site poses some serious issues, especially for teens and preteens. First and foremost, Omegle gives not-so-well-meaning strangers a free-for-all.

K-Brook’s original purpose for creating the website was to allow people to talk to people they normally would not associate themselves with, all in an anonymous environment. Ironically, the anonymous aspect of the site, which supposedly should protect users, tends to expose them to danger. Everyone, including harrassers, is anonymous, and when users don’t need to worry about their behavior on a site, they are more likely to abuse it. Common Sense Media, an Internet safety blog, voiced concerns of how it seemed that “there are lots of boys here— or men pretending to be boys— on the prowl.”

Besides subjecting users to harrassment, the site could also desensitize children and teens toward “stranger danger” and lead to serious, real-life safety problems. The same goes for other “stranger chat” websites such as Getting Random and Iddin.

There exists further escalation within stranger chat; for example, a website, Chatroulette, demonstrates what using Omegle could turn into. The site pairs strangers up anonymously but also allows them to use text, webcams and microphones. This provides another setting for ill-meaning strangers to do as they please, and the additional features elevate the chances of being exposed to profanity or unpleasant imagery. Chatroulette also enforces the growing impersonalization of human contact in this day and age. When a user is paired up with a stranger, he or she can either stay and have a conversation, or literally click “next” to disconnect with the first stranger, and be paired with a new one.

A writer for New York Magazine called Chatroulette “brutal,” and recalled how “the first 18 people who saw me disconnected immediately.” This virtual slap in the face may be relatively tolerable for some, the Internet equivalent of being picked last during dodgeball in physical education, but to others, it could be a blow to their self-esteem.

Back in the day, when everything was face-to-face or when people used phones for calls and not texts, people were honest and less capable of lying. With new, desensitized advancements in communication, it is easy to make up a story and have someone believe it. And with the addition of sites such as Omegle and Chatroulette, it takes little effort for an online predator to find a victim.

It must also be considered that anonymous chat sites and such could also encourage online predators and pedophiles. With no real way to catch these criminals when they are anonymous, children become easy prey. At a young age, children will not be able to distinguish right from wrong and may even end up visiting their “13 year-old friend.” Anonymous sites should definitely be used with caution and under no circumstances should they be available to children under 16 years of age.

Using the Internet, it’s suddenly easy to make fake accounts and pretend to be just about anyone. Websites often give users a chance to be anonymous these days. With this in mind, it can become very hard to catch people if they are breaking laws. True, anonymity could allow people to learn about different cultures with sites such as Omegle, and it may provide closure and privacy, but it can also cause increased harassment and fabrications.

The Web has been a growing cause for concern over the years and justifiably so. The anonymity of the Internet brings an output of both thoughtful and harmful comments. It is ultimately up to each individual—and all parents—to be careful in this dangerous new world.