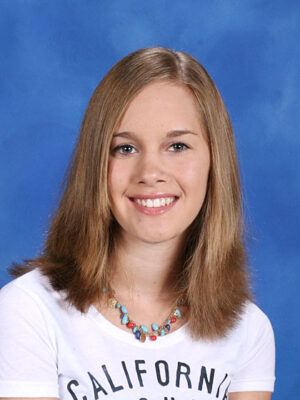 I have a twin.

This does not mean that we love the same things, do everything together and wear the same clothes. We are not identical. This is mostly because my twin is a boy.

I have a twin.

This does not mean that we love the same things, do everything together and wear the same clothes. We are not identical. This is mostly because my twin is a boy.

We hardly refer to ourselves as twins. We are brother and sister and we are forced to share things like any other siblings. For example, a night at our house often runs like this:

Michael is a freshman. He finishes homework first and walks to the couch to watch television. An hour, or perhaps hours, later I finish. I walk downstairs. My brother is a fan of AMC, the movie network that only plays “Mad Men” and old cowboy movies, as far as I can tell. I walk up to my brother. I take the remote. He protests. I change the channel and ignore him.

Perhaps that makes me the bad twin, but I think it’s a good system, though he might disagree.

Of course, he can’t complain that much. I do not watch “Say Yes to the Dress” or “Gossip Girl” or even “Desperate Housewives.” I prefer the gory crime and fast-paced mystery shows, like “Criminal Minds” and “House.” When I choose to watch the more upbeat and humorous shows, like “Psych” and “The Office,” he actually seems to like them.

And it’s not like he leaves when my conquest of the remote and the couch has been completed. Michael watches with me, and to his credit, he doesn’t talk much during the show. Forgive me, dear brother, if I’m mistaken, but I think I also see the faintest ghost of a smile on your solemn and sullen face when you watch with me, and even the elusive chuckle once in a while.

The rare times that he manages to keep the clicker within his grasp, I often simply retreat to my room or I watch “The Soup” with him. If it’s a old-time black-and-white cowboy movie and he refuses to let go of the remote control, he knows that I have no choice but to leave him alone for an hour and a half until I begin my battle again.

Of course, when it comes to the master of the remote, we must bend to our mother’s will. If she wants to watch her soap opera, we are forced to decide between watching her ridiculously far-fetched favorite, “General Hospital” or vacating the premises to entertain ourselves, which leads to Michael going to the computer for Facebook for 15 minutes, until my next conquest, this time, of the computer, begins.

On the off-chance that our mother enters and does not force us to watch “her program,” it will likely be either the new “Flashforward,” which Michael has refused to watch, “Lie to Me,” one that I introduced to her, or “the Amazing Race,” all of which convince Michael to return to the computer or retreat to his room, his last safe-haven in the house that has been invaded by a family of women.

So I must apologize for my bloodless campaign for all things technological. This apology changes nothing. Every easy surrender of the channel changer only makes me stronger.

At least you know that we have a common enemy, and one day, we may join together in a battle against the dreaded “General Hospital.”