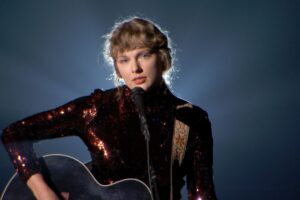 Despite being a world-renowned country, pop and alternative icon, Taylor Swift still manages to produce music that is criminally underrated. While this list of masterpieces should consist of her entire discography, we’ve taken the liberty to narrow it down to the 10 most underrated Swift songs.

Read this at your own discretion — you won’t necessarily agree with us, but you should.

This duet with Keith Urban encompasses everything a country song should be: not entirely country. It hybridizes catchy pop chords with alternative country instrumentals. The melancholic violin notes layered with an upbeat banjo create a frenzied atmosphere, supporting the narrative of two ex-lovers bantering about why they fell apart.

Best lyric: “I knew my words were hard to hear and harder to ever take back.”

Someone needs to take me to the lakes where all the poets go to die, because Swift makes it sound like a paradise. This song truly encompasses what an album titled “folklore” should sound like, with an airy instrumental track and poetic lyrics that describe the idealistic setting in a nostalgic way.

Best lyric: “What should be over burrowed under my skin in heart stopping waves of hurt.”

It’s a shame that the effervescent “ME!” tainted the public image of the “Lover” album because the rest of the songs were a gift from God. In “Death by a Thousand Cuts” Swift’s lyrical brilliance amplifies the frustration and hopelessness of growing apart in a relationship that you’re not ready to let go of.

This song’s brilliant, metaphorical lyrics do not get nearly enough attention. From overcoming addiction to broken relationships, the closing track of “1989” can be interpreted in multiple ways depending on the listener’s perspective.

Best lyric: “You’re still all over me like a wine stained dress I can’t wear anymore.”

“illicit affairs” is the perfect example of how Swift teaches me more about concrete imagery than my English teachers do. The tranquil but ominous verses are juxtaposed by a bridge that encompasses the heightened distress and anxiety the singer feels about her affair. A chorus of harmonies and gut-wrenching images like meetings in “beautiful rooms” and rendezvous in “parking lots,” set the scene of the “illicit affairs.”

Best lyric: “A drug that only worked the first few hundred times.”

I will never be able to understand why this was only included in the deluxe edition. An anthem that sums up Swift’s “1989” era, “New Romantics” captures the spirit of being young and free without a care in the world through its bold pop and rock backings and colorful lyrics.

Best lyric: “‘Cause baby I could build a castle out of all the bricks they threw at me.”

Swift is already the queen of my heart, but this song only enforces this sentiment more. The song captures the balance of predictability and impulsiveness through the melody, making it an easy listen and catchy song to enjoy. It’s truly a main-character moment, pop anthem and dance party all in one.

Best lyric: “Now you try on callin’ me, baby, like tryin’ on clothes.”

Listening to this track during school makes even Saratoga High seem like holy ground. The powerful rhythm and upbeat guitar create an infectiously optimistic tune that’s impossible not to dance to (even for a terrible dancer like me). I would recommend blasting it at maximum volume while going slightly over the speed limit on a two-lane highway.

Best lyric: “Back when you fit in my poems like a perfect rhyme.”

In “I Know Places,” Swift uses complex metaphors to depict the fragility of relationships when rumors begin circulating. It is the epitome of an underrated song: a track with unmistakable vibrance and tasteful production that was unluckily overshadowed by the wave of high-quality singles pouring out of “1989.”

Best lyric: “Loose lips sink ships all the damn time. Not this time.”

If I could describe what a perfect song looks like, I’d probably end up describing “right where you left me.” Listening to the song is like watching a captivating movie; the lyrics weave an intricate plot that is further developed through the multi-layered and cross-genre instrumentals. Describing a girl frozen in the moment of her break-up, the song paints a vivid image of loss and pain that stings even more every time I listen to it.

Best lyric: “I swear you could hear a hairpin drop Right when I felt the moment stop.”