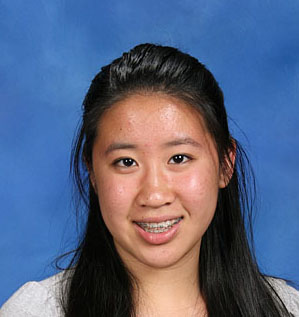 It has been 92 minutes since I sat down in a burst of conviction to write this article. This burst of conviction has proved to be very short-lived, however, as in these 92 minutes I have gotten exactly these two sentences done. What have I been doing? Friends who know me well might guess that I was just wasting time as usual on the Internet. Well, such friends would be almost correct, except I don’t consider it to be “wasting time.” Seeing as how this article is about Facebook stalking, I really just spent a solid hour and 32 minutes conducting intensive research on my topic.

But let’s clarify the definition of “Facebook stalking” lest anybody think that I am a real stalker (Because I’m not. I swear.) According to Urbandictionary.com, Facebook stalking is “to ascertain information about an individual through the Internet networking site Facebook.” Actually, I just chose that definition because it was the least creepy sounding out of all the other definitions that used sinister words like “monitor” and “anonymous,” which just carry such an unfriendly air about them, don’t you think?

Facebook stalking is something that, at least in my case, is really quite innocent. It is bred out of boredom and innocuous curiosity, and never out of an actual desire to “stalk” anybody. True, it does satisfy my inner-voyeur to an extent, but I can hardly be faulted for being interested in the much more interesting lives of other people. I doubt anyone out there would not have their interest piqued by those hearts (or
breaking hearts as the case may often be) that show up on your newsfeed.

It always starts harmlessly enough, with me checking my newsfeed and seeing that six of my friends have recently written on the wall of, let’s say, Ashley Preston. Who is this Ashley Preston, I wonder, and why do six of my friends know her? So I meander on over to her profile, and browse her photo albums and wall posts, just to satisfy my curiosity that my friends aren’t having secret parties without me. Yet I notice that there are some hostile remarks made on several of her pictures, and who doesn’t like some good virtual passive-aggressive Facebook commenting? So I click on the hostile commenter’s profile, and thus sets off the chain of so-called “stalking” that ends up eating up way too much of my time. It is procrastination at its finest, but that is all it is.

So yes, I just admitted to spending significant amounts of time browsing profiles of people I may or may not have actually ever spoken to. But before you jump to any conclusions and think I’m a creeper, you might as well admit it: You’ve probably done it too. Whether or not you know the person is irrelevant; reading three pages of even a close friend’s wall-to-wall is still kind of sketchy. The point is, everybody does it.

If people truly are disturbed by the fact that random people can access their photo albums and wall posts, then it is up to these individuals to program their privacy settings accordingly. Facebook has done an admirable job at ensuring that people can only access the profiles of others in their own network, and this is an effective internal block at protecting the privacy of its users. Ultimately it is the responsibility of each individual to determine what is safe and appropriate for them, and make sure that they are filtering those that they befriend on the internet.

For all my slightly shameful talk about how I do “stalk” others on Facebook, I am aware of the appropriate limits. I don’t friend someone I’ve passed once in the hallway just to gain access to their profile, even if they go to my school and are considered part of my network, and I certainly don’t accept friend requests from people that I don’t know. Just because the requester goes to a neighboring school like Lynbrook doesn’t mean I want that person to be able to access my private information, and so I exercise my ability to block her from doing so. It’s just a matter of common sense.

Since I don’t really know what the point of this personal column was besides to shamelessly expose myself and my embarrassing methods of procrastination to the entire school, I’ll leave you with this thought: Next time you’re Facebook stalking someone (because I know you do) and feel a bit shady about it, remember, you’re not alone. Now we both feel a bit better.