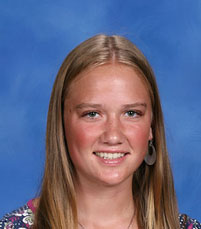 Four shirts, three key chains, two sets of matching PJs, two posters: $120.
A sweatshirt, a bath set, a loofa, a towel set, a CD of all songs Superman, a bag: $100.
A backpack, a costume, a lunch box, a book, one action figure, various tattoos and stickers: $75.
My obsession with the world’s first superhero: priceless.

It all started in seventh grade when my friend and I started watching Smallville, which tells the story of a teenage Clark Kent before he embraces his destiny and becomes the Superman that we know and love. That one episode snowballed into a complete obsession over the next four years.

The summer before eighth grade, I went to see the movie Superman Returns with my friend. Then, we saw it a second time. Then, I convinced my sister to see it, bringing my total theater views to three. Clark Kent’s, played by Brandon Routh, washboard abs gave me a reason to see the Superman logo over and over again. His perfect ringlet of jet black hair, which miraculously stayed in the middle of his forehead while fighting off the evil Lex Luthor, drew me back to the movie theatre, much to the chagrin of my parents. Besides all this eye candy, Superman’s dedication to saving the world, despite the possible consequences for himself, strikes a chord for a Girl Scout like myself.

Freshman year, I had a Superman birthday party. My mom and I searched every Diddams, Party City and Party America store in the south bay to find enough Superman items to make it a party celebrating an obsession. We found Superman invitations, thank you’s, plates, cups, napkins, bags, party favors and games. Of course, it was all with the Batman and Spiderman party items for boys 5 and under.

At my super-mature-for-my-age party, we played “pin the super symbol on Superman” and had a Superman-shaped cake. I also received many gifts following along with the theme. My friend made me a copy of the “Superman Returns” soundtrack, I got a poster from the movie and two of my friends made a Superman card that told of my future life with Superman and our children SuperGirl and Superman, Jr.

Even now, my eyes automatically search for Superman stuff whenever I go shopping. It’s a compulsion to say “Superman!” and beg my mom to buy random items for me, including a hairbrush, CD player and boxers.

So if you ever see something Superman related, don’t hesitate to buy it for me. It’ll help take me up, up, and away with my future love.