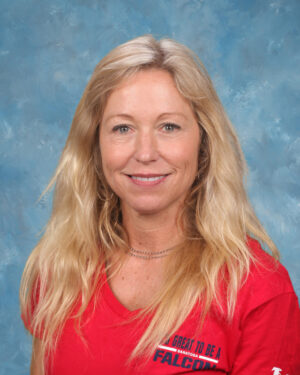 During a recent class, students in Spanish teacher Stephany Marks’ class watched series of videos detailing how to prepare mate, a bitter herbal South American tea. They took notes on mate’s various health benefits and how the drinking of mate is often a social event.

Then the 25 students broke into small groups and discussed questions, such as whether or not they would drink mate if their friends asked them to or whether they prefer coffee or tea.

Such an activity is commonplace in Marks’ Spanish 3 and 4 classes; almost every class includes the learning and discussion of a cultural tradition in the Spanish-speaking community.

Marks’ goal in teaching Spanish is to get her students to learn more about and even eventually visit the various places they talk about in class.

“I love to travel, and I believe that when you travel abroad or know more about other countries it makes learning a new language more complete,” Marks said. “Then it isn’t just learning another language but another lifestyle as well.”

Because of this, she tries to center the structure of her lessons on learning and understanding the culture of different countries such as Mexico, Peru, Chile, Spain and Argentina.

Marks manages to incorporate cultural discussion into her class through news articles about international affairs in South American countries, videos on earthquakes in Peru, blogs on the best food in 10 countries around the world and even a story on a man who survived on Taco Bell sauce packets in the wild.

However, she also uses a variety of other classroom activities to provide a change pace in her classes. From playing with dice to competing in weekly kahoots and Quizlets, online buzzer games, to playing bingo, Marks attempts to have her students compete in an assortment of games.

And the students respond to her techniques. “It makes learning Spanish fun because having friendly competition enables us to try harder with our Spanish skills,” junior Ryan Le said. “Instead of just doing pure grammar practice, Ms. Marks makes it more fun by making it a game.”

Ultimately, Marks believes that the most important aspect of learning a new language is continued and varied practice speaking it. For example, students recently discussed their opinions and feelings in Spanish after watching a video on the dire political and economic situation in Venezuela. Le also appreciates the fact that speaking and discussions are emphasized over simply filling out worksheets in her class.

“The only true way to learn a language is by speaking it, and by doing conversations it helps improve our oral speaking skills,” Le said.

While learning the Spanish herself, Marks felt that speaking had more of an impact on her learning than reading books or filling out worksheets did.

“I think there are a variety of students who learn differently. Some people learn better visually or kinesthetically, so I try to give students the opportunity to learn how they learn best,” Marks said.