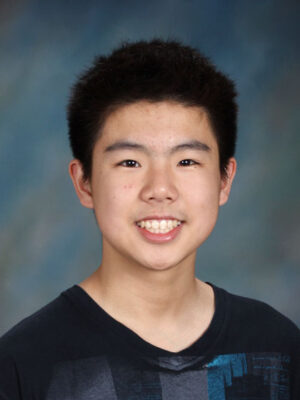 Almost each class in high school can be categorized in some way. The freshmen are annoying and short, the juniors study 24/7 and the seniors dread college applications. However, one class seems to stand out awkwardly in high school hierarchy. It just so happens that I am part of this class—the sophomore class.

Being a sophomore is, of course, better than being a freshman, especially at rallies. We are no longer helpless fresh meat, victims to the notorious “go home, freshman” chants, and we actually know what to do when it comes time for us to yell our class cheer.

However, being on the underclassman side of the gym along with the freshmen isn’t a great feeling, and we aren’t anything special at rallies as the upperclassmen and freshmen are. It also hurts when the upperclassmen are chanting “Go home, freshmen!” because it looks like they’re yelling at us too.

Even though sophomores are seen in a better light compared to freshmen, we are still looked down upon by upperclassmen. For one thing, our classes are more difficult compared to freshman year. However, juniors and seniors scoff at our hardships in making this transition and simply warn “wait until junior year, and then you’ll really see.”

Another bad thing about sophomore classes is having to take P.E. During my freshman year, the majority of my P.E. class consisted of my fellow classmates. On the first day of P.E. in sophomore year, I realized that P.E. would be a lot lonelier this year. I walked inside the gym hoping to see my friends from my last year’s P.E. class. Instead, I was met with a sea of freshmen and only about five sophomores. I soon discovered that I was now of the awkward “sophomores who are still in P.E.” group that always sticks together in a corner of the large gym.

Becoming an upperclassman next year seems like something to look forward to. Sure, the academic level of classes will sky rocket. However, it seems like becoming an upperclassman will open many new doors in high school, like the adventures of asking people to prom in unforgettable ways or visitations to the College and Career Center to hear from college speakers from all around the nation.

Being able to going off campus during lunch and gaining more respect is exciting along with the thrill of being on the road driving around in a car, too. So let’s not hate being sophomores too much. After all, it’s only a matter of time before we’re living the good life on the other side of the bleachers during rallies, eating delicious food from off-campus lunches and enjoying all the other perks that being an upperclassman has to offer.