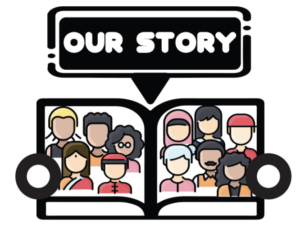 Next year, the school, trying to stay ahead of a likely state mandate, will implement an ethnic studies course in freshman year as a second option in addition to world geography.  This class has the potential to deepen students’ understanding of people and histories often swept under the rug.

Ethnic studies is a course that documents the experiences of people of various races, gender identities and sexual orientations, especially focusing on how it impacts the lives of people in the U.S. It’s designed to help raise political, social and economic awareness in their personal connections to local and global histories.

The divide between the way different groups perceive society is in part caused by a lack of education on the injustices minorities face as well as the treatment of others because of it. People who are content with how America is right now often ignore or are unaware of the issues faced over the decades by ethnic groups.

Following more traditional paths, world history and world geography courses place an focus on Europe and the events surrounding it. Although several histories including those of Asians, Africans and indigenous Americans are featured in world history, these histories are usually only described in short sections and generally only when pertaining to European history.

Specifically, the current textbook used in World History, taught at the sophomore level,  has only around 10 out of 74 chapters that do not have Europe as a major player. The other few chapters including Asian or African countries focus entirely on Europe’s influence on other countries, with titles like “The Western Democracies and Japan.” The diversity of the range of topics covered that the class on ethnic studies offers would greatly benefit our understanding of other cultures.

Because many of the current courses such as AP US History and world history are limited by strict standards and textbooks, implementing a separate ethnic studies course allows for students to receive more focused education on various histories and modern discussions on minority communities like the LGBTQ+ and the Black community.

With our current educational system, there is a lack of understanding and education on the LGBTQ+ community. If students are more exposed to LGBTQ+ history through this course, then some may learn new identifiers for how they feel or gain positive role models like Franklin Kameny, who was fired for being gay and devoted his life to activism, co-founding the Mattachine Society in Washington, D.C.

In this course, students can discuss questionable societal perceptions through common stereotypes and their representations in popular culture and media, as well as various readings and excerpts like “Latino Images in Film,” that point out common stereotypes in U.S. pop culture such as exaggerated femininity of gay characters or latinx characters that can’t speak English.

The current four years of social studies education falls short of fully educating students on the diverse histories in the U.S. and the world; however, an ethnic studies course is a major step forward in providing students with the awareness of these issues.