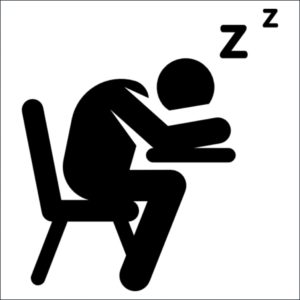 Without the previous 30-minute tutorials on Red Days in the previous bell schedule, the last thing students want is a 40-minute advisory taking up their tutorials on certain Blue Days. (The Advisory periods are on hold right now as disagreements with the District Teacher Association are being ironed out.)

Advisory periods disrupt tutorials that could be used for visiting teachers or studying. Additionally, having a 40-minute lesson between two 90-minute periods effectively demands student attention spans to be unreasonably long. A better solution would be to have brief lessons at the start of tutorial more frequently throughout the year.

Given past sexual harassment events that have plagued the district, the topics relating to Title IX are extremely important and need to be taught to every student. In the past two years, sexual assault and harassment has been brought to light throughout the district, gaining attention from multiple news outlets including KQED and other local channels.

However, the method that the district has chosen to teach the students is ineffective, and feels almost as if the district is only following through with the program in order to protect itself from lawsuits.

Each advisory so far has been 40 minutes, making it too short to fit deep and meaningful content in and too long to expect students to pay full attention to. Not only this, but there is an undeniable gap in the maturity between the different grade levels present on campus. In other words, freshmen should not be viewing the same content targeted for juniors and seniors.

Sexual harassment on high school campuses affects all students, and education through discussions and lessons about the subject can make a huge difference. However, it needs to be effective. Simply put, 40 minutes is a long period of time, and after a 90-minute class, the average 14- to 18-year-old does not have an extremely long attention span. Moreover, the advisory modules so far haven’t been interactive at all — instead, they consist of the kind of direct instruction that students often dislike.

Interactivity plays a huge role in student engagment, but it is even more important when discussing topics as important as sexual harassment. When the goal is to get students to shift their mindset, it is best to give the students an activity to work on so the key concepts will stick.

Many students tend to use the advisory tutorials as an opportunity to do homework rather than actually listen to the information, and it isn’t difficult to see why.

After a year and a half of online school, students have had to adjust to additional hours of school and homework. The immediate transition to in-person school is difficult enough, and taking away precious tutorial minutes during school that could be used to get work done only has only made matters worse.

By having shorter advisory periods, students would be more inclined to pay attention to the topics and retain the information. Additionally, having advisories more often would allow each lesson to be more focused.

On top of this, interactive modules would encourage students to be more directly engaged with the content of the modules, thus absorbing more of the material.

Education around sexual harassment and other topics such as digital citizenship needs to be reinforced for every student on a regular basis. By having short, frequent and interactive advisory periods, students would constantly be exposed to this valuable information but not overwhelmed by it.

The other option would be to go the complete opposite route in implementing a longer period that occurs only once a month. This would need a section of school time anywhere between an hour and an hour and a half in order to be fully effective in getting its content across. The difference between this and the current implementation of the advisory periods would be that it would feel more specialized as if it was its own class.

In both cases, the district should consider creating different content for each of the grade levels, or at the very least for underclassmen and upperclassmen. This would work well as younger students who have not been introduced to serious topics have a chance to familiarize themselves with the heavier content that will be taught later. The more mature students would benefit as well from learning topics they can fully take away.

Although advisory periods are a well-intended effort, the advisory periods so far seem like a half-hearted solution to the growing cluster of Title IX-related issues. Our district has a long way to go before its problems with sexual harassment and assault can be fixed, and the first and most important step is an effective, efficient and engaging education.