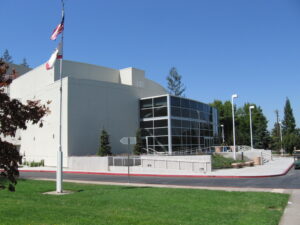 SHS is currently ranked No. 80 nationwide according to U.S. News and World Report.

Last year, Saratoga was ranked No. 72 nationwide in U.S. News and World Report’s first annual ranking of high schools.
This year, however, students were slightly disappointed to find the school’s true ranking had dropped No. 80 in second year of the ranking—behind local schools such as Gunn and Monta Vista.

“I thought we would do so much better,” said junior Michael Zhang. “To tell the truth, I’m pretty surprised. It’s not quite what I expected. I don’t think anyone would have expected such a drop.”

The main factor in Saratoga High’s drop in rank was that the U.S. News and World Report ranks schools based on not the quality of education or extracurricular activities offered at the school, but the number of students who took the AP tests and how well the students performed on them.

“Schools should be ranked on how students are as people, not necessarily how academically oriented each student is,” said Zhang. “Our API score was greater than these other schools too, so that probably correlates to my disappointment. I thought we would actually increase in rank.”

Although some students see this drop as a big deal, in reality, administrators said it doesn’t really affect Saratoga High in any way.

“If you look at the number of open-enrollment schools on the list, then you’ll see that Saratoga High is number 26,” said principal Jeff Anderson. “Just being on the list is good enough for us. It’ll just ensure our reputation for being a good school. The thing about these rankings is that they take a bunch of data points and compile them into this ranking. Dropping a few points or going up a few points doesn’t matter, because essentially, the quality of education will not change.”

Other neighboring schools that placed in the top 100 Best High Schools ranking were Mission San Jose at 60, Monta Vista at 72, and Henry M. Gunn High at 73.

“The thing that I’m most impressed with is not what [the rankings] say, but the fact that even with open enrollment for AP classes, we were still able to manage to have our AP pass rate stay at 89-90 percent,” said Anderson. “It shows that more students get access to the curriculum.”