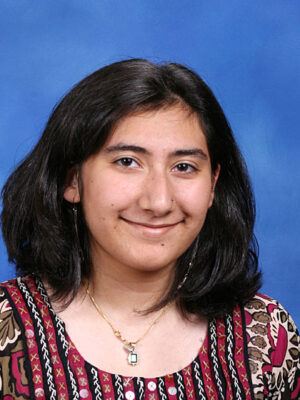 Why does spy-themed entertainment hold such a great attraction for people? There are so many books, movies and shows about espionage that it is surprising that that genre still makes money. Thing is, they probably get most of their market from me.

Why does spy-themed entertainment hold such a great attraction for people? There are so many books, movies and shows about espionage that it is surprising that that genre still makes money. Thing is, they probably get most of their market from me.

I’ll admit that I’m a complete spy nerd. I’ve watched all the “James Bond” movies, and “The Bourne Identity” is another favorite. I just love spies and secrecy. I even went to the FBI Agent lecture during Career Day last year. During World History, we learned about spying used in World War II. That night, I secretly (like a spy!) stayed up late reading about different people who were spies and their techniques. Unfortunately, that only served to increase my obsession with spying and undercover operative work.

When I was little, I always used to watch “Spy Kids” and wonder what it would be like to become a spy. Obviously, I’d have to change my name, because my name, unfortunately, is not the most common. And saying “Ruparel. Nandini Ruparel.” isn’t quite as impactful as when James Bond says it. Also, because I couldn’t drive, I would probably have to get a chaffeur who could do all the crazy stunts for me. Lastly, because of my aversion to violence, I could probably only go after criminals who do not own guns or who do not know martial arts. Needless to say, being recruited by the CIA is a long shot.

A couple of summers ago, I visited my cousins in Maryland. Naturally, noting my obsession with spies and the proximity of my cousins’ town to Washington, D.C., I insisted on going to the National Spy Museum. As soon as we stepped in, I knew that I had come to the right place. We started out by getting “secret identities” we were supposed to keep to ourselves and remember through the visit—which I most definitely adhered to.

I also dragged every member of my family to each of the rooms and made them sit and watch the interesting spy movies. Some of the highlights of the trip were when I got to climb through a secret tunnel (not so secret, as there were 20 other people in the tunnel as well) and when I saw James Bond’s Aston Martin (“You mean it doesn’t drive underwater? Are you sure?”) At the end, they quizzed us on our secret identities and ruled me as a definite potential spy. Maybe it wasn’t such a good sign that my cousins all groaned at that.

Although I’m not living at the spy museum right now (believe me, I tried to convince my parents), I still want to be immersed in this secret world. Nobody will know me when I’m doing my work, of course, but after I retire people will remember me as one of the greatest spies of my day. Maybe they’ll make a movie about me, like James Bond. Don’t tell anyone, though—I don’t want to be too obvious; otherwise, they won’t accept me into the CIA.