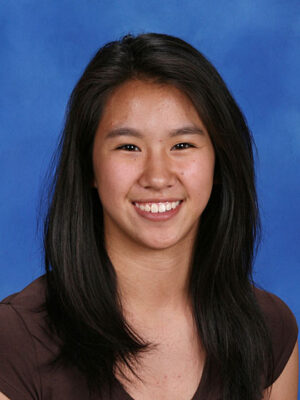 In a lone lit room at the corner of the house, the clock reads 3:42 a.m. Sprawled on the lamplit desk are several papers, an open textbook and an open capped pen. Ripped Tootsie pop and Hershey’s kiss wrappers also scatter the surface of the desk. A teenage girl sits in front of her work. Her eyelids slowly begin to close. On the left side of her computer screen sits an almost blank Word Document that reads “Healthcare Bill Research Paper” across the top. On the right side of the screen, an intense game of Connect Four continues as the girl struggles to focus her eyes on the pieces. Wait a second, let’s start at the beginning.

Hi, my name is Annie and I’ve been tentatively diagnosed with senioritis. It all started the week after AP tests my junior year. Two of my classes were essentially done for the year and I started to find myself finding amusement in counting the tiles on the ceiling or tracing the cracks in the desk with my pencil. That’s when I started feeling the symptoms: inability to focus, uncontrollable procrastination, diarrhea and laziness. Just kidding about the diarrhea.

When I was just a wee freshman, I often heard about senioritis, but I didn’t understand what it meant. Now, I finally get it. Each day after school, I go out to get a snack with a friend and then crash on my bed for a two hour nap. After I’ve rested up and eaten dinner, I sit down at my desk at around 9 p.m., open my books, and start to work. Or at least, I try to. Often times, I don’t begin seriously working until midnight or 1a.m. I’m always too busy looking for new videos on YouTube or stuck in a tiebreaker game of Connect Four or Jigsawce, an online puzzle game.

A couple weeks ago, I was a first semester senior, which meant that I constantly had the looming image of college applications in the back of my head. Each time I sat down and vowed to finish at least one college essay, I found myself watching “Charlie bit my finger” or America’s Best Dance Crew on YouTube five seconds later. Or I found myself in the middle of my eighth game of Jigsawce with my friend two hours later. In fact, right now as I’m typing these words, I’m watching the League of Extraordinary Dancers on the other half of my screen.

Now that second semester has started, it’s gotten even worse. With every homework assignment, I find myself watching over eight YouTube videos. With every test that I study for, I find myself eating at least a cup of ice cream, a bowl of soup of some sort and a handful of candy. Having a car doesn’t exactly encourage me to get my work done either. Before having a license, I often went into the school library or to one of the quad tables after school to get some work done until I called my mom to take me home. Now, it’s as if my car has a mind of it’s own, bringing me to Starbucks, Bonjour Crepe, Target or even Valley Fair when I really feel like indulging myself….don’t tell my mother.

When I head off to college where there are no parents to supervise me or daily homework to keep me on track in class, I know senioritis will simply become a way of life. However, if I can manage to work through it this year, I know that I’ll be okay after I graduate. But let’s not talk about that right now. I have a game of Connect Four calling my name.