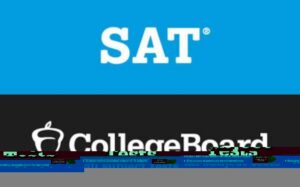 Starting in March 2009, students can choose which SAT scores they want to send to colleges.

Testing has always been a tedious process. For many students, taking the SAT means sitting for hours and rushing through problems to finish within the time limit. After the test, however, students often have to repeat the process numerous times to improve their scores. Even then, after taking the test a second time, the score may not improve much, or worse—it could worsen.

To ease the stress, students want the privilege of choosing the best scores of each test for colleges to see. This March, that wish will finally be granted. According to an article by the New York Times, the College Board, the company primarily responsible for the regulation and writing of the SAT, has decided to allow students taking the SAT exams to use Score Choice.

This policy will allow students to pick which single best sitting they would like to send to colleges. Under the current policy used by the College Board, all scores from all sittings are sent to colleges, whether the student scored well or not.

Score Choice may seem beneficial by allowing students to put their best scores out. Some students at Saratoga High, however, feel negatively about Score Choice. Junior Vicki Ni believes that it gives an unfair advantage to students who can take the tests numerous times.

“[Score Choice] is bad because people can take the test as many times as they want,” said Ni. “It’s unfair to the people who work really hard and try to take the test only once.”

Students at Saratoga High are already at the advantage of being able to afford SAT classes and books. Giving them the privilege of Score Choice will allow students to take the tests over and over again without worrying about a low score. Those who already can’t afford to take the test more than once will be at an even greater disadvantage when Score Choice comes into effect.

According to the New York Times, the College Board previously used the policy of Score Choice from 1993 to 2002. It also reports that in 2002 the company felt as though their policy was unfair to students from lower income brackets because these students could not keep retaking tests in order to improve their scores.

Many college officials, who argue that it is a marketing move by the College Board to increase its revenue from students who take standardized tests, have questioned this change in policy. Schools including Stanford University, the University of Pennsylvania and Pomona College, continue to request that all applicants submit all test scores from all sittings. In cases like these, admissions officials point out, that Score Choice will not help students when applying to college.

In addition, Score Choice eliminates the benefit of a composite score for the SAT Reasoning test. When some colleges review a student’s scores, they take the best score from each section of the Reasoning test. For example, a student’s final Reasoning score could be made of a writing and math section from October and a critical reading section from May. If students use Score Choice, they can only choose their test with the highest total score. Students would be at a disadvantage if colleges do not look at the students’ best subscores from multiple sittings.

This policy is unnecessary. Score Choice is only helpful to those who have the money to retake the tests, and it is unfair to underprivileged students. Score Choice will only result in more tests taken and more money spent, something that will mostly benefit the College Board.