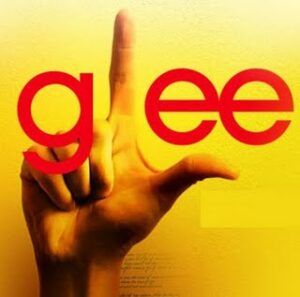 Inspired by the popular FOX show, senior Natalie Tkalcevic came up with the idea for starting a singing club on campus.

When the hit television show "Glee" debuted on FOX last summer, senior Natalie Tkalcevic got an idea: Why not start the school's own Glee Club?

When the hit television show “Glee” debuted on FOX last summer, senior Natalie Tkalcevic got an idea: Why not start the school’s own Glee Club?

Tkalcevic then gathered support and approached the ASB with her idea. After planning and holding auditions in early October, the Glee Club is ready to show the school what it is all about.

Tkalcevic said that she was first inspired in middle school to find a way to let a wider variety of students shine, and not just the usual people who got all of the solos in choir or leads in musicals.

After watching the first episode of “Glee,” Tkalcevic knew starting a Glee Club would be a “perfect way of bringing together people from all different groups” for one passion: music.

FOX’s “Glee” tells the story of a high school Spanish teacher after he becomes the director of the school’s Glee Club and tries to restore it to its former glory. The students perform covers of popular songs and participate in competitions in hopes to winning a regional title. In the show, the club also succeeds in bringing together all different types of students.

“I knew there were so many others out there that could perform just as well,”said Tkalcevic. “Yet they were sometimes forgotten or not given a chance because they were either shy or afraid.”

On Oct. 1, the Glee Club conducted auditions after school to choose its members. Each student had to prepare a segment of a favorite song and perform it in front of a panel of club co-presidents. The leaders sought students with stage presence and the ability to carry out a tune.

Tkalcevic, along with the three co-presidents seniors Chris Renalds, Maddy Renalds and Elizabeth Bellissimo, recalled the tough audition process to narrow the number down from several dozen to 33.

“We really didn’t want to cut people,” said Tkalcevic, “but we knew that it would be harder for the group to focus with a huge group of people.”

The Glee Club meets every other Friday in choir director Jim Yowell’s classroom to practice. The club plans to meet more often as they get closer to each performance.

“We split off into sections—sopranos, altos, tenor, basses and organize ourselves when we practice,” Tkalcevic said. “We’re going to work really hard and focus on getting new songs together.”

The club, however, will not be participating in competitions this year.

“Since we are just getting started this year, we are sticking to holding one concert at the end of the year to raise money for charity!” said Tkalcevic.

She will be working with the three co-presidents in a cooperative setting to make sure to ultimately give everyone a chance in the club to shine.

“We have an amazing group put together and I feel like we have a pretty good representation of diverse groups in our school,” she said. “And I know my fellow Glee members and myself are pumped to be performing this year.”