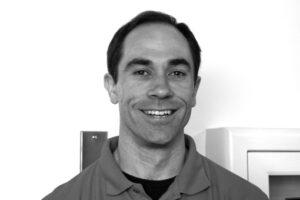 Following the announcement of assistant principal Gail Wasserman’s retirement, the school has named guidance counselor Brian Safine as her replacement, beginning in the 2008-09 school year.

“I’m thrilled to have the opportunity to lead students at SHS,” said Safine. “I’m very happy about the direction the school has taken in the five years I’ve been here, and I’m happy to move that even further.”

Safine was formerly the school’s assistant principal of discipline but found he disliked some aspects of the job and instead chose to pursue a career at his current post as guidance counselor. He will now be the assistant principal in charge of guidance.

“He is great. He is qualified. He is charismatic. He knows the job. It will be as smooth as smooth can be for transition, ” said assistant principal Karen Hyde, who was not on the panel that interviewed Safine.

While students are excited to see such a good replacement for Wasserman, some students will miss Safine as their counselor.
“I’m really happy for Mr. Safine, but I’m kind of worried because he’s my counselor and he knows me best. I’m sure he’s going to do a great job and I’m looking forward to it,” said junior Mridula Nadamuni.

Safine plans to maintain or expand many of the programs that Wasserman instituted or continued during her tenure.

“I think the first thing is maintaining the incredibly responsive service we give students here that has always been a trademark of Saratoga High School,” said Safine.

Along with enthusiasm and a self-described “student-centered” attitude, Safine brings considerable experience in education to his job. Beyond his eight years as a Core teacher at Redwood Middle School, Safine possesses a vast amount of other teaching experience, having had the chance to teach English in Taipei, Taiwan, immediately after college.

After returning to California from Taiwan, Safine enrolled in a teaching credential program and has been either teaching or serving in an administrative role ever since.

“I think the most attractive thing [about teaching] is not only being able to understand the information but [applying] it,” said Safine.
Other experiences include the leadership roles Safine has taken, such as coaching the tennis team at Redwood Middle School and initiating Saratoga’s Link Crew program along with English teacher Karen van Putten.

Safine especially hopes to improve student morale by providing the staff with panels of students who describe their experience and improvements they would like to see made on the school campus.

“Social responsibility and community-wide activities need to be a greater focus here,” said Safine. “There’s so much potential in the brainpower of 1,350 incredibly motivated students. We could literally change the world.”