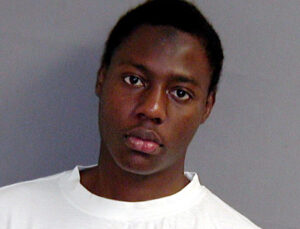 Abdulmutallab attempted to attack Northwest Airlines 235 from Amsterdam to Detroit on Dec. 25, 2009.

The most wanted terrorist in the world, Osama bin Laden, recently released an audiotape through the Afghani al-Jazeera news network assuming responsibility for the foiled bombing attempt on Northwest Airlines Flight 253 flying from Amsterdam to Detroit on Christmas Day. He claimed that “the messages delivered to [the United States] through the plane of the heroic warrior Umar Farouk Abdulmutallab was a confirmation of previous messages sent by the heroes of September 11th.”

Though the CIA has not confirmed that bin Laden is the direct culprit behind the act committed by Abdulmutallab, bin Laden, as always, has crossed the line by even making such a remark. Efforts to stop bin Laden from achieving his goal of taking away the lives of as many Americans as possible must be maximized. Despite the current economic crisis, President Obama must improve counter-terrorism efforts by strengthening airport security and establishing a specialized coalition raiding al-Qaeda training camps and arresting terrorist leaders with the assistance of other nations such as the United Kingdom, India, and France.

He was vacationing in Hawaii when this attack occurred and did not cut his vacation short to respond to the attack, since he claimed he was on a “work vacation.” However, he needs to take such threats to the security of the nation more seriously, especially since the Bush administration failed to find Osama bin Laden as a result of the very few searches conducted.

The Sept. 11 terrorist attacks were the first wake-up call for the nation to beef up national security. Since then, border patrol and transportation security have undergone tremendous improvements. However, the recent incident on the American-bound flight has proved that the United States is still not as safe as it appears to be.

Although bin Laden has planned his previous attacks using airplanes, including the Christmas Day 2009 failed bombing attempt, the Department of Homeland Security must ensure that other avenues are secured as well. For instance, the U.S. Coast Guard has one patrol officer for every 250 miles along the West Coast as a result of a lack of funding. This leaves the coasts wide open to attack.

The United States, with the approval of the United Nations, needs to make use of help from other countries against terrorism and devote more resources to tracking down Osama bin Laden and his fellow al-Qaeda terrorist leaders. An organization of several troops not fighting the Iraq and Afghanistan Wars must be created so that such extreme terrorism can be put down once and for all so that people do not need to live their lives in fear of being attacked. Funding from non-governmental organization would help take care of the financial hardships involved with such a large-scale initiative.

Though the aforementioned tasks are easier said than done, especially with the mess created by former President George W. Bush during his eight years of presidency, it is imperative that the government at least take some sort of action in light of the recent and failed bombing by Abdulmutallab.