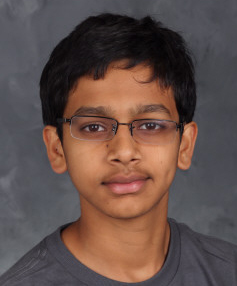 Permalink
Nigahiga, Smosh, Fred, RayWilliamJohnson, NickPitera, and Sxephil are all some of the channels on YouTube. Five of these names are names that many people would know. Nick Pitera is a singer almost nobody knows, yet he is more talented than the others. He is only one example of a channel undeservedly cast under the shadow of America’s favorite YouTubers.
Nigahiga and Smosh create skits, aiming to get a laugh, Fred raises the pitch of his voice to sound like a mouse, RayWilliamJohnson rants about others’ videos, and Sxephil gives the public the funny news of the day. None of them belong at the top of the charts.
They all have two basic flaws.  First, they rely on comedy to entertain their viewers. Second, they don’t have anything unique or  special to them, and are easy to replicate.
In addition to having a few million subscribers, many of these undeserving acts make more than $100,000 a year. This is completely ridiculous because most of them can’t act in a real situation.
Fred, for example, makes completely pointless skits and electronically modifies his voice, drawing in thousands of viewers. If his voice were normal, then he wouldn’t be funny at all. He wouldn’t even have 1,000 subscribers.
NigaHiga’s skits are rarely funny, and they are boring to watch. Like Fred, if analyzed critically, his videos wouldn’t make the charts.
So if they aren’t amazing videos, then how are they number one? They do it by tricking viewers through videos that immediately appeal to the general audience, ones that people will watch whether or not they are good.
But once a viewer realizes that there is no substance nor talent involved, the fantasy should fall apart. That never happens, though, since these channels come out with new videos every week.
Yet I honestly wouldn’t care what the public watches except for the fact that who they watch also defines who they don’t. For every rising star, sadly, one must fall. These videos block out the real potential on YouTube.
Some of the best talents on the world are edged out by what? Bad jokes and audio effects.
A great talent lies in the shadow of every “humorous” act. We need to give the Nick Piteras on YouTube more attention and not have them shut out by our so-called stars.