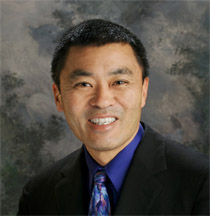 District superintendent Cary Matsuoka will be hosting town hall meetings about the budget later this month.

As the budget deficit for next school year nears a staggering $3.06 million, the Los-Gatos Saratoga Union High School District (LGSUHSD) has started taking steps to deal with the growing crisis.

As the budget deficit for next school year nears a staggering $3.06 million, the Los-Gatos Saratoga Union High School District (LGSUHSD) has started taking steps to deal with the growing crisis.

The district plans to save $1.2 million mainly by increasing sizes of classes such as English 9 and algebra and cutting others that contain too few students. The district’s next task is to find a way to handle the remaining $1.86 million of the deficit and also maintain the quality of the schools.

“As we solve these budget problems, our highest priority is to protect our core instructional program,” said superintendent Cary Matsuoka. “Our current students experience high school only once in their lifetime and we need to invest in their preparation and experience regardless of the circumstances.”

The budget deficit for 2010-11 was caused by cuts in the state categorical funding and less revenue from local property taxes. Assessed valuation of property—the district’s primary source of funding—has slowed to an estimated 1 percent or lower. The budget deficit was originally $1.6 million and gradually reached $3.06 million in a matter of several months as worse and worse property value numbers came in.

To help alleviate the deficit, several sections of classes will be cut at each school. Officials have decided to decrease the number of English 9 and algebra classes, thus increasing the average number of students in each class from 20-1 to 28-1.

The decreased number of classes offered at the schools will likely result in the issuing of “pink slip” notices to some teachers in February or March letting them know they might not be rehired for next year. The newest teachers are most likely to receive notices. How many teachers are laid off and how many classes are cut will depend on how much money the district board’s five members are willing to pull out of a $4 million strategic reserve as they try to balance the budget.

In the meantime, teachers are also helping to lighten the budget crisis by agreeing to freeze their salaries next year. Administrators and other employees are likely to have similar pay freezes.

History teacher Matt Torrens feels that the freezing of teachers’ salaries is only to be expected and that teachers should do what they can to help the district in this economic downfall.

“The one thing [the district] could do is freeze our salaries and that’s fair,” said Torrens. “It’s not unrealistic because we all share the burden. By freezing our salaries, we’ll save other teachers from losing their positions and prevent class sizes from going up even more.”

In addition to freezing teachers’ and other employees’ salaries, the district is also encouraging veteran teachers nearing retirement age to accept a financial incentive, called the “golden handshake,” in exchange for retiring. The financial incentive will only be offered if eight or more teachers at Los Gatos and Saratoga choose to take the offer. Since a teachers’ salary increases progressively as they teach longer, hiring new teachers will save the district tens of thousands of dollars.

The previously considered proposal of aligning the block schedules of the schools has been shot down, as “the benefit is more to the individual teacher than it is towards saving money,” according to principal Jeff Anderson. Both schools seem unwilling to change their block schedules to fit the other’s.

The next schoolboard meeting will be held on Feb. 9, in which various propositions designed to help the deficit will be discussed. There will also be a town hall meeting at the Los Gatos High School Library on Feb. 23 and an additional one at the Saratoga High School Library on Feb. 25, where administrators will discuss the situation with the community and seek input.