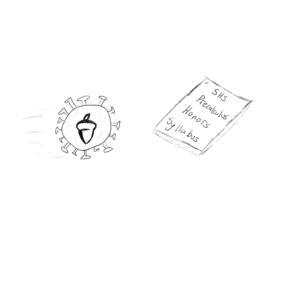 Permalink
Through decades of testing and refining the curriculum, our Precalculus Honors curriculum is much more fluid and comprehensive as a transition to AP Calculus courses than the newly developed AP Precalculus.

On May 17, the College Board announced it would be introducing a new AP course and exam called AP Precalculus in order to better prepare students for the succeeding AP Calculus courses. For SHS, the new AP Precalculus curriculum does not align with the incentives of an already rigorous Precalculus Honors course and should not be integrated into its existing offerings.

Precalculus is designed to be a transitory course to prepare students to thrive for the fast pace of a college-level calculus course. The course is generally a collection of facts and procedures thrown at the student in a fast-paced manner with little cohesion to it. As a result, it is difficult to decide what to include and what not to include in the course. Though College Board pioneers AP, this does not mean that AP Precalculus is the best of all precalculus courses.

The Precalculus Honors class at the school has a more natural structure that leads directly into calculus. Instead of being composed of four relatively disjoint units of equal weighting, it emphasizes connections between various portions of mathematics.

It introduces certain ideas that are quite fundamental to calculus, without directly labeling them as such. For example, students are exposed to basic limits, a concept that is useful to learn preceding calculus, without formally defining the idea of limits, which is further explored in calculus.

The intuition gained from such explanations is valuable to calculus instruction, and students taking Precalculus Honors have developed enough mathematical maturity and intuition to learn the language of calculus more fluidly.

Furthermore, the final unit of the class directly introduces some of the ideas of limits and derivatives, such as the power reduction rule, which provides a smoother transition to students taking AP Calculus AB or BC in the following year.

In addition, the current Precalculus Honors class has a strong emphasis on topics that show the power of concepts that students learn in Algebra II Honors, including conic sections and synthetic division. It even introduces the idea of rotated conics, something that is never used in calculus but nevertheless has deep mathematical value. Precalculus Honors also emphasizes vector fundamentals, a concept heavily used not only in the AP Calculus courses, but also in multivariate calculus — a subject that a large fraction of students in Precalculus Honors at the school will eventually take in college.

AP Precalculus does not place enough meaningful emphasis on such topics, relegating conics and vectors to about 2-6% of the total curriculum, making the transition for an AP Precalculus student much more rocky than a student who would take Precalculus Honors instead.

Nationally, about 15 to 20 percent of students taking a course in precalculus do not subsequently take a calculus course. For such students, precalculus is the pinnacle of their mathematics education, so an AP-level course in the topic should demonstrate the beauty, power and potential of mathematics to a certain degree of use to students. The AP Precalculus course fails to accomplish this goal with its lack of emphasis on many fundamental topics utilized in college courses.

On the other hand, the SHS Precalculus Honors course covers topics such as sequences and series, inequalities and coordinate geometry, which show the breadth of math while not compromising on depth anywhere.

Students taking the Precalculus Honors course at Saratoga would be well-prepared for the AP Precalculus exam if they wish to take it without centering the class around the goal of preparing for it. This bears a resemblance to how students taking the course were often recommended to take the SAT Math II exam before it was discontinued.

Another concern about the AP Precalculus course is a lack of college credit attributed to it. The vast majority of students here take AP exams for college credit or for a more competitive chance in college admissions, but the implicit assumption for prospective STEM majors is that they will start with calculus or a more  difficult course in their freshman year. As a result, several colleges are hesitant to grant college credit for a pre-calculus AP course, since the fact that precalculus is generally taught in college at all is mostly a result of inadequate high school preparation.

Even worse, the AP Precalculus curriculum focuses on skills that are not actually useful for the AP Calculus curriculum, which hinders its status as a pure prerequisite. For example, the current class plans to teach students how to use a graphing calculator to find critical points of functions and regression equations to model data.

However, finding critical points is a skill typically learned in calculus. Without knowing derivatives, students cannot have a proper understanding of critical points or what makes a point a local and/or global extrema, promoting a superficial learning mindset.

Furthermore, regression equations are a topic in AP Statistics, not AP Calculus. Many students take one but not the other, so AP Precalculus is sidetracked from its actual point. In our school’s math curriculum, such things are covered solely in AP Statistics so that those interested in the subject can learn it if they want to as a separate topic.

A good deal of the curriculum in AP Precalculus, such as inverses of functions, polynomials, exponential, and logarithms are covered in Algebra II Honors, and so are quickly glossed over in the first couple units of Precalculus Honors. This helps provide more time to focus on more advanced topics at length, providing better preparation for subsequent calculus courses.

The curriculum for the Precalculus Honors course at the school has been refined and used for decades and has proven to provide the best bridge for students interested in pursuing calculus in future years. While students can still take the actual AP Precalculus exam at the end of the year, the focus of Precalculus Honors should not shift to meet the College Board’s ideas of what a good precalculus class should look like.