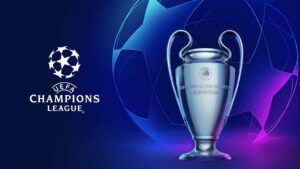 After a three-month wait, the Union of European Football Associations (UEFA) Champions League has finally returned, much to the delight of soccer fans around the world. A single-elimination based tournament, the Champions League (UCL) is a gripping clash between the best soccer teams in Europe.

Essentially, the UCL consists of two major stages: the group stage and the knockout phase. The group stage was played in the latter months of 2020, involving eight groups with four teams each that faced off in a round-robin tournament. The top two teams from each group then advanced to the knockouts, which are currently being played through May 29.

In turn, each matchup of the knockouts, whether it be the Round of 16 or the quarterfinals, is set by a random draw. Teams play a home and away game, with the aggregate score deciding who moves on. Ties are broken by away goals — the team who scores more goals away from home advances.

The group stage featured riveting matches between top teams throughout Europe. A group containing both Juventus FC and FC Barcelona marked a potential final battle between the two greatest soccer players of the current era: Cristiano Ronaldo and Lionel Messi. The two clubs finished first and second in their group, respectively, to little surprise.

More upsets raised eyebrows in other groups. The current league leaders in Italy, Inter Milan, finished dead last in their group, being edged out by German underdogs Borussia Mönchengladbach.

Overall, the group stages ended with only a few surprises, leaving fans with a three-month break until the UCL returned.

The knockout stages have returned with a bang, with many fans believing this year is the dawn of a new era. Fueled by 22-year-old superstar Kylian Mbappe’s hat-trick, Paris Saint-Germain sunk Messi’s Barcelona’s European dreams in a passing of the torch to the new generation.

On another front, Ronaldo’s Juventus sulked to a 2-1 defeat to Portugese underdogs FC Porto while German giant Dortmund’s rising star Erling Haaland netted two goals in a thrashing of Sevilla from Spain. Many fans believe that these recent performances have sparked a new rivalry for the next decade: Mbappe vs. Haaland.

For us, last year’s champions Bayern Munich are the favorites to secure the title. Star center-forward Robert Lewandowski is on track to break the goal scoring records in the Bundesliga, Germany’s soccer league, and the team is in fine form at the moment.

It won’t be an easy ride, though. English league leaders Manchester City are on a 20-game winning streak in all competitions — yet, their failure to ever reach the semifinals of the UCL still leaves us skeptical of whether this will be their year.

Of course, we have to take into account Atalanta BC, a dark horse similar to Dutch club AFC Ajax or RB Leipzig in recent years. With Atalanta only one goal down to Real Madrid, it’s entirely possible that these underdogs will come out on top of the strong playing field this year.

This is just the beginning. Based on the history of this unpredictable competition, it’s safe to say that the second legs of each matchup could offer some memorable comebacks and historic results. Despite the empty stadiums due to the COVID-19 pandemic, fans across the world will impatiently wait at home to discover the team that claims the title as the best soccer team in Europe.