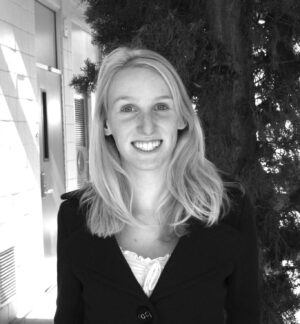 Like most reality shows, The Paper is at no loss for drama. In the first episode alone, half the staff decided to start a revolt, all promising not to listen to Amanda, the annoyingly bubbly copy-editor who believes “a purple edit is a happy edit” and who the advisor had given the coveted position of editor-in-chief.

It’s things like this that prove to me our paper will never be cool enough to be televised. There were no attempted section editor coups to overthrow Michael and Aadrita, next year’s editors, and the only death threat was half-hearted at best. Boring.

On the second episode, the positions for the next year were decided. It was time to get down to some good old-fashioned staff bonding. How do they accomplish this? An ice-cream social, of course (courtesy of Amanda).

Normally this would be lame, except MTV found a way to make even the most low-key event a dramatic episode. The “cool” half of the staff (basically all the seniors except Amanda) ditched the festivities and went to Laser Quest. After our last staff bonding event, which was a dinner at BJs, (much cooler than an ice-cream social), people also went and had their own adventure… at the library… studying for SATs. Yep. That’s Saratoga.

In the sixth episode, the meek adviser, who clearly got more than she was expecting with this group, had to hold a meeting to address the grievances over the humor column. Dan, who had been promised the opportunity to write the column for the first two issues, had unwittingly allowed Amanda to steal the column when she asked if she could write about Halloween. He was clearly not in his right mind when he agreed to this swap, for Amanda had called him early on a Sunday morning. By waking him up from a dream (probably about Amanda impaled by her purple pens), she was able to swoop in and steal the precious story.

Actually, I plan to employ a similar tactic against my editors. Maybe if I call Michael at four in the morning and force him to edit this, he will sign off in only one draft. Probably won’t work though, since Michael (like many species of bats) is awake all night.

To compete with The Paper, we need to make our newspaper more exciting by increasing the rivalries between staffs. I for one think a fight to the death between the two editors-in-chief would make things very interesting. Or, if that is too much violence for MTV to handle (hard to imagine—this is the same channel that did 20 seasons of the fight-packed The Real World), we can simply force the loser to type up senior wills for the rest of their lives.

We could also try to incite a student riot by printing false information. A story on Aeries being shut down forever would probably lead to the destruction of (at the very least) the math wing.

Alas, all these riots might lead to a drop in our school’s API score, which we all know would be the end of the world….

Maybe we should just own up to the fact that all in all, the most exciting things that happen in our J-Room usually involve a printer jam and, unfortunately, even MTV’s audience won’t watch that.

If we ever want to be on a future season of The Paper, the Falcon is going to have to do some real work on adding to the drama.