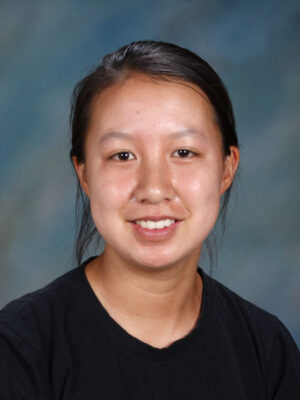 From birth until I was almost 6, I could have been easily mistaken for a boy. My clothes consisted mainly of neutral colors because my mom believed that I looked horrendous in girls’ clothing, especially with my chubbiness and baldness during my first few months. Even after my hair finally grew out, my mom insisted to have it cut a little shorter than shoulder-length, making me appear as a shaggy-haired kid.

From birth until I was almost 6, I could have been easily mistaken for a boy. My clothes consisted mainly of neutral colors because my mom believed that I looked horrendous in girls’ clothing, especially with my chubbiness and baldness during my first few months. Even after my hair finally grew out, my mom insisted to have it cut a little shorter than shoulder-length, making me appear as a shaggy-haired kid.

Growing up, I defied the stereotypical favorites of a little girl, as I did not play with dolls or dress in cute pink clothes, nor did I hug a stuffed animal wherever I went or watch “My Little Pony” cartoons. Sometimes I think my mom’s actions had some effect in making me a little less “girly.” While some classmates in elementary school played “house” under slides on the playground by using tanbark as afternoon tea and cake, I enjoyed running around. I never understood the appeal of pretending to be a family, and everyone ended up fighting over who would have to be the father anyway.

At home I found comfort in playing with stuffed animals and Legos. I domesticated penguins, whales and seals in little cells in zoos created by giant Lego pieces. Instead of having dolls talk to each other over tea, I made my stuffed animals crowd under the table of the living room. After stocking pillows around the table, I pretended I lived in a cave with many wild animals. The first Barbies only appeared in my house years later courtesy of my younger sister, but then I decided to declare the dolls only useful as my zookeepers.

Possibly due to my strange mindset about fun, I was not the popular girl in kindergarten who had twenty best friends and changed one every week. In fact, I felt like a loner half of the time up until first or second grade. Consequently in preschool I convinced myself that invisible monsters were attacking the school and that I should fight to save the world from them. Looking back, I’m positive that my teachers thought I would grow up to become a crazy, antisocial person.

Some movies depict little girls as children who love to watch shows about pink ponies or princesses. Though I watched many Disney movies while growing up, I did not imagine myself falling in love with Prince Charmings the way the princesses did. I admired some more minor characters, like Sebastian the hermit crab from “The Little Mermaid” who spoke in a Caribbean accent and the mice Gus and Jaq from “Cinderella,” who managed to defeat a fat cat named Lucifer. (I did find Mulan and her war tactics very impressive, though.)

Even by second grade, I did not quite understand the “girlier” Disney Channel’s shows, like “Lizzie McGuire” and “That’s So Raven.” The supposed heroines always managed to accomplish ridiculous feats, like get blue paint spilled all over themselves or accidentally bring a live snake into the house. One of my favorite shows turned out to be PBS’s “Dragon Tales,” a show about two siblings and their adventures with their three dragon friends. Still, for years, I felt disappointed when they never showed the faces of the dragons’ parents nor the other rooms of the siblings’ house.

For Halloween, unlike many girls, I never dressed as a princess, fairy or cheerleader. Even for my first Halloween when I was still unable to walk on my own, my parents dressed me as a little bear. Through preschool and kindergarten I wore costumes of a dinosaur and a doctor.

Don’t misunderstand me. Though I did not have most of the stereotypical favorites of a little girl, I did not act like a boy (despite looking like one for a while). I did possess a wild imagination while growing up, but that made my childhood all the more interesting.