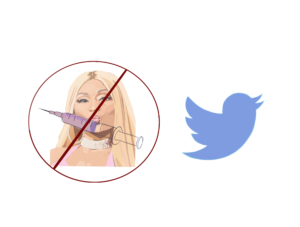 On Sept. 13, Nicki Minaj posted a series of tweets to her 22.8 million​ Twitter followers explaining why she has not received the COVID-19 vaccine — they also explained why she would not attend the Met Gala this year, which required proof of vaccination for all attendees.

Her hesitancy to take the shot drew massive backlash from some and praise from others; she was applauded by popular media figures such as Tucker Carlson and Candace Owens, both vocal anti-vaxxers, but faced heavy retaliation from many Twitter users, public health officials and even politicians like UK Prime Minister Boris Johnson.

“They want you to get vaccinated for the Met. If I get vaccinated it won’t [be] for the Met. It’ll be once I feel I’ve done enough research,” Minaj wrote. “My cousin in Trinidad won’t get the vaccine [because] his friend got it & became impotent. His testicles became swollen. His friend was weeks away from getting married, [and] now the girl called off the wedding.”

Minaj’s shameless fear-mongering regarding the COVID-19 vaccine reinforces the need for celebrities, especially those who have extremely large followings to be well informed and use their platforms responsibly. Her attitude and disregard for the consequences of her words only perpetuate the anti-vax beliefs that have resulted in tens of thousands of unneeded deaths in the U.S. in recent months.

Minaj has nearly 23 million Twitter followers and 158 million followers on Instagram. The rapper’s fanbase, known as the Barbz, are infamous for their cult-like obsession with Minaj and her music. Minaj has a great amount of influence with her fanbase as well as with the general public. Her recent statements may not only deter people from taking the vaccine, but will almost certainly provide cover to the anti-vaccine individuals rampant on social media.

Minaj is certainly able to affect her fans’ actions; when journalist Wanna Thompson criticized the rapper’s music, Thompson became the target of hundreds of death threats and derogatory messages. Minaj’s fans went so far as to dox the writer, harass her on all forms of social media and even post her personal phone number online. Additionally, Thompson received personal messages from the rapper herself, no less acidic and hateful than those of her fans.

The history of toxic behavior from Minaj and her fans isn’t the only alarming thing about Minaj’s recent statements. Vaccine hesitancy is a major problem in the U.S., where according to the Mayo Clinic, only 56.5 percent of the eligible population is fully vaccinated as of Oct. 2.

This is obviously an alarming issue, considering that the government made vaccines freely available to everyone over the age of 12. The statistics largely reflect rampant anti-vax and vaccine-hesitant sentiments — about 19 percent of Americans are reportedly still unwilling to take the vaccine, despite a 5-point uptick in vaccination rates in recent months.

Minaj misinformed her audience about vaccination side effects, citing her Trinidadian acquaintance and his supposed side effects from the vaccine, which included “impotence” and the man’s “testicles [becoming] swollen.” These claims were quickly debunked by infectious disease experts and figures of authority.

“There’s no evidence that [vaccines cause impotence], nor is there any mechanistic reason to imagine that it would happen,” said Dr. Anthony Fauci, the nation’s leading expert on public health, in response to her claims.

Terrence Deyalsingh, Trinidad’s Minister of Health, also confirmed that there had been no reported cases of impotence due to the COVID-19 vaccine.

Defenders might argue that Nicki Minaj’s tweets aren’t completely anti-vax in nature; after all, they say, she is simply urging caution. While Minaj did say she plans to take the vaccine eventually, her current position is actually even more dangerous than being entirely anti-vax, because it posits the vaccines as inherently bad or dangerous, and implies that they require a high level of  caution. It is also impossible to ignore the fact that Minaj spread debunked misinformation regarding the vaccine — claims that have no scientific basis and only serve to dissuade people from getting the shot.

Minaj has veritable resources available to educate herself and recant the falsehoods she spread. For instance, the White House has offered to connect Minaj with a doctor in order to clarify any doubts she may have about the shot.

Minaj should also speak to frontline workers in the ICU to learn more about the effects of vaccine hesitancy, an issue that hospitals have been dealing with over the past few months. Perhaps it will provide a valuable experience for Minaj and her followers and contribute to turning the pandemic around.

Free speech is an important right for all of us, including Minaj, but the responsible use of a public platform is just as important. She may be entitled to her personal views on the vaccine, but her decision to air false information about its effects is one that deserves every ounce of criticism it has received.