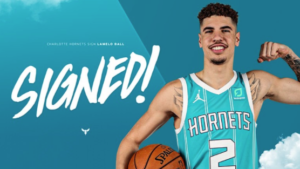 Determining which young players deserve to be the top picks in the NBA draft is ripe for second and third guessing most years.

Although some players are clearly head and shoulders better than others in their draft classes, such as Pelicans forward Zion Williamson and Lakers forward LeBron James, these types of high potential players can still become busts, like former Cavalier forward Anthony Bennett.

Traditionally, teams scout the nation’s top collegiate-level players along with some overseas prospects. This past year’s draft, which most scouts considered lackluster, has produced a surprising amount of top level players who have demonstrated their abilities right away.

Perhaps one of the most controversial top picks this year was Ball, whose fame started long before the NBA draft; not only was Ball’s older brother, Pelicans guard Lonzo Ball, the second overall pick in the 2017 draft by the Lakers, but his father also had a habit of making outrageous statements that the media scrambled to report.

With experience in an Australian league, Ball was the Charlotte Hornets’ first choice. Although some had doubts due to his 37 percent shooting average in the overseas league, Ball has proven himself by averaging 13.1 points, 6.3 rebounds and 4.9 assists per game and by becoming the youngest player to ever record a triple double — reaching more than 10 points, rebounds and assists during a single game.

Aside from these statistics, Ball’s confidence and style make him seem like a player who’s been in the league for years rather than weeks.

Despite being new to the NBA, Ball’s experience in other pro-leagues has clearly carried over; in just his first few games, Ball has shown flashy behind-the-back passes and difficult shots that the NBA audience is accustomed to seeing from star players. Because of his performance and confidence, many fans consider Ball to be the frontrunner for the Rookie of the Year title.

Another great rookie is 19-year-old Wiseman. Due to a lack of interior presence on the Warriors’ roster, Wiseman was able to secure a starting spot immediately.

With averages of 10.9 points and 6 rebounds, it’s clear that Wiseman is a talented rookie who has a long road ahead of him in the league. Still, due to the declining role of centers in modern basketball, some critics have been hesitant to call Wiseman a future star.

Despite the critics’ skepticism, there are a few players who have found success by dominating in the paint over the past few years. Two obvious examples include Lakers power forward Anthony Davis and Nuggets center Nikola Jokic.

Even the difference in these two’s play styles suggest that the role of big men in the league can be diversified and expanded to provide benefit to a championship roster. With a sweet shooting touch and a high level of agility for someone who is 7-1, Wiseman still has many more seasons to settle on a certain style, and possesses the potential to become a star.

Another eye-catching rookie is Edwards. The potential he showed in college has not diminished even slightly, as Edwards has started the season strong by averaging 13.6 points per game. With clear athleticism and an accurate 3-point shot, Edwards has the talent and ability to become an all-star or even an MVP.

Not surprisingly, the best rookies this season were the first three picks in the 2020 draft, meaning that the attention that these players received was well-deserved and that fans should pay close attention to their rapid growth. With a strong three-way race for Rookie of the Year, the future of the league will be on display nightly on the hardwood this year.