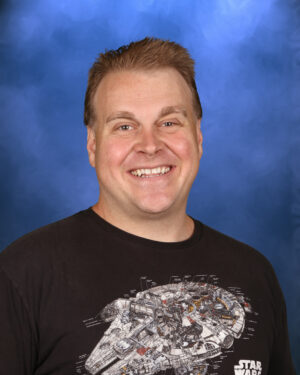 Students will have a chance to sign up for a technical theater class that will be introduced as an eighth period for all four grade levels next fall.

While Ringsted will be the main instructor in this course, he has put together a group of staff to provide his students with coaches in various fields.

For example, chemistry teacher Jenny Garcia, who is also a professional costume designer, has agreed to be a costume coach for the course. McAfee Center manager Benjamin Brotzman has also reached out to many of his connections to recruit additional staff members.

“This entire year, I’ve been using the fact that we’re online to reach out to people via Zoom that I normally wouldn’t get to meet with,” Ringsted said. “I’ve talked with many of my professional connections, and I actually have a full coaching staff ready to go.”

Another unusual aspect of this course is that it is open to students at both Saratoga and Los Gatos High School. Because technical theater will be run during eighth period on Blue Days, it allows Los Gatos students to make the commute to campus when in-person learning resumes.

Los Gatos already offers a tech program, so Ringsted plans to make several different levels of the course so that more experienced students can begin at Tech 2 or Tech 3, the highest level being Tech 4 Honors.

Having taught a similar class at Leigh High School, Ringsted is well versed in the world of technical theater. Immediately after Ringsted was hired, principal Greg Louie asked him to create a similar program at the school.

Ringsted’s goal for the class is to make it a “career-orientated” class. He hopes that after taking four years of technical theatre, his students should be able to get a job with a technician’s union in the Bay Area, making $30 to $40 an hour.

“Students will be able to take the course for one year and get their performing arts credit,” Ringsted said. “But if they’re really passionate about it, they can do it for all four years, become a tech director or leader in the department of their choice, then go out and make a career out of it.”

Prior to this course, Brotzman, former drama department head Sarah Thermond and volunteer students and parents would put together plays and musicals. Now, however, Ringsted plans to have an entire team of students creating the production.

“In previous shows, volunteers would just learn on the fly and try their best to make the show happen,” Ringsted said. “With the technical theatre class, there’s going to be a carpentry crew building sets, an audio crew doing sound mixing, a costume crew learning how to make outfits from scratch — if a student has a passion, I’ll help them find a way to use it.”

Ringsted has high hopes for the class, specifically because he doesn’t see any preexisting classes that are similar to technical theater.
While the Media Arts Program and performing arts programs have hundreds of students, the school lacks some other hands-on classes such as woodshop, fashion design and metalworking. Ringsted emphasized that the technical theater class will be the perfect place for students to “learn these skills when they couldn’t anywhere else.”

Although Ringsted is sure that technical theater will be an invaluable addition to the school’s course options, he emphasized that the only way for the program to succeed is for students to sign up.