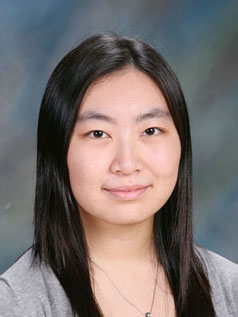 For most students, P.E. can be just another freshman class you take and then forget. But for juniors Mei Gao and Natalie Liu, it was the start of what would become an enduring friendship.

For most students, P.E. can be just another freshman class you take and then forget. But for juniors Mei Gao and Natalie Liu, it was the start of what would become an enduring friendship.

Gao moved from Beijing in her sophomore year and Liu, who is from Beijing herself, noticed how Gao stood out from the rest of her class, who were mainly of Taiwanese descent.

“I remember hearing a girl speaking Chinese in P.E.,” said Liu. “I thought to myself, ‘Hey, she’s not from Taiwan!’ and then I went over to introduce myself. That’s how our friendship began.”

Liu and Gao’s meeting in class eventually grew into a supportive friendship that allowed Gao to feel more at home at SHS.

“Natalie really helped me with the social part of my adjustment,” said Gao. “I was doing fine with the academics, but I really needed somebody to help me learn the new culture, and she helped me do that.”

Liu said she would try to relate an American saying to something in China to help could understand the connection. Establishing idioms in context allowed Gao to grasp some of the more complex “Americanisms”.

With Liu’s help, Gao was able to transition smoothly into her new life at SHS.

“I never had to help her with academics because she’s extremely smart,” said Liu. “I really just helped her understand what life at our school is like and how to understand kids around her.”

What started of as a conversation in P.E eventually changed Gao’s experience at SHS forever.

“Natalie really helped me so much and became my best friend,” said Gao. “I feel so much more confident when dealing with kids in my classes thanks to her.”