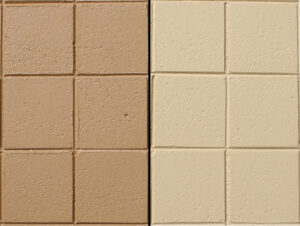 The school’s burgeoning repainting project along the art wing may look like a mismatched fiasco to passers-by, but for principal Jeff Anderson, it is an endeavor that will “make everybody feel a little bit better about walking around here.”

Under the leadership of Anderson and plant operations supervisor Brian Moran, the school is testing out three paint samples along the art wing as possible color schemes for the school’s repainting.
Moran said the current three options are not finalized.

“The final color selection may be completely different,” Moran said. He said the administration is mainly “interested in continuing to beautify our great campus.”

The first sample, along room 201, is composed of a gray pastel body, called oyster, and a wood moss (grayish blue) trim and accent. The sample along room 202 bears a bolder look, especially since its accent is bravado, a daring scarlet shade. The third sample fashions a nature look; the body is cargo—dark wood-brown—and the accent is sand pebble, a passive tan.

“One thing that those earth tones do is that they really bring out the plants and the trees a lot more,” Anderson said. The current grays and light blues are “so bright that they just mute all that.”
Many students approve of the new color options along the art wing.

Junior Viet Huynh found the painting sample along room 202 the most favorable.

“The red, gray and cream colors represent the school’s colors more,” Huynh said. “The color schemes are nice because they implore a natural, modern look. It makes the class look more appealing and interesting.”

Nevertheless, Saratoga High’s face-lift may have to wait a while.

“We’re just speculating at this point,” Anderson said. Cost estimates are shaping up to around $50,000 to $75,000, but “when we think we can afford it and justify it financially, we’ll do it.”
The funding for painting comes from private funds, so the project depends on the parcel tax passing and local property values rising. Both will improve the school and district budgets.

In terms of priority, capital maintenance projects such as this one come in second to education.
“We’re going to make sure there are teachers in the classrooms before we do something that we can wait on. The school doesn’t need to be painted right now,” Anderson said.

In addition to the aesthetic pleasures, enhancing the school with a fresh coat of paint will help protect buildings against weather.

“It’s something that buildings need to have done to them periodically,” Anderson said. “I don’t know the last time that this place was painted, but I’m ready!”

Anderson added that he thinks the school will be sporting a new color scheme by 2013, “and if the stars all align a certain way, maybe even before the beginning of next year.”