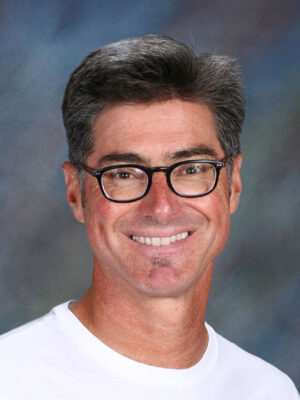 New assistant principal Kevin Mount is hoping to “make discipline a positive learning experience” as he transitions into a job he did not expect to have this year.

New assistant principal Kevin Mount is hoping to “make discipline a positive learning experience” as he transitions into a job he did not expect to have this year.

Mount was appointed to this position last month when former assistant principal Chris Cerbone was reassigned to be the administrator for NOVA, the district’s alternative education program.

Mount taught for four years at San Lorenzo Valley High in the Santa Cruz Mountains before he came to Saratoga in 2001 to teach English and AP English Language for another five years.

“I always taught English because of a love for the written word and the feeling I have about the power of language,” said Mount. “Plus, you get to read cool stuff, and I think the ability to write is really important.”

He earned an administrative credential while he was working at Saratoga High.

Mount, an avid runner, lives in Santa Cruz and has a daughter who attends UC Berkeley and a son who attends Harbor High School.

While teaching two sections of English 12 this year, Mount also worked at the district office and ran the NOVA program, where his role included hiring and supervising staff members and implementing program changes.

The NOVA program helps about 40 students who attend for a variety of reasons, including academic concerns.

“Sometimes it’s just giving a kid a place where they can feel at home,” said Mount. “It’s a small community where everybody knows each other, and no one gets lost or overlooked. That’s the power of it.”

Mount believes his work at NOVA will help him become a better assistant principal here.

“I think it’s important to get to know students and try to understand their context and situation,” said Mount.

Because Mount has taught here in the past, he is already familiar with the community and feels welcomed by parents and staff.

“Even just last night a couple parents of the students that I had when I was teaching here recognized me and welcomed me and that felt really positive. The staff has also been really great, but there are some younger teachers that I need to get to know a little better,” Mount said.

Newly hired teacher Caitlin Galloway is taking over Mount’s two English classes for the rest of the year.

Head also said Mount is an excellent choice for job of assistant principal since he understands what students and teachers are going through at the high school level.

“I have always admired [Mount] and I think he’s a phenomenal English teacher. He is also totally organized and he knows his stuff,” Head said. She also said he has a great sense of humor.

Mount hopes, above all, that students will find him easy to talk to and encourages them to come speak to him if they have problems. Besides discipline, he is in charge of facilities and athletics in his new position.