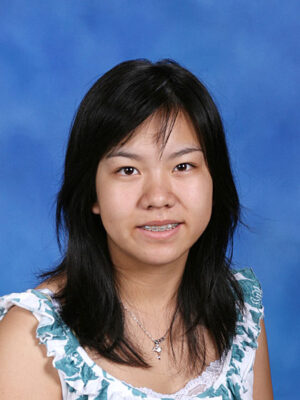 A few months ago, I was talking to a friend about pop culture when she brought up the subject of animated movies.

"Oh," I said rather dumbly. "I've never seen a Disney movie before."

A few months ago, I was talking to a friend about pop culture when she brought up the subject of animated movies.

“Oh,” I said rather dumbly. “I’ve never seen a Disney movie before.”

She acted as if I had committed some great personal offense. After all, her childhood had been composed solely of unicorns, sunshine and Disney movies. I was forced to make a list of movies that started off as a few classics apparently everybody has seen (except me, that is) like “The Lion King” and “Mulan,” but it quickly morphed into a terrifying list of every animated movie Walt Disney ever produced.

She faced this list of 30-some movies with unmerited bravado. Me? Just looking at it made me queasy. How could I survive literally dozens of movies laid so thick with cheesiness you could cut it with a knife? I didn’t have that kind of patience. But I swallowed my pride (at least for the time being) and set off on this daunting task, armed with many pounds of junk food and even more apprehension.

Although I had a grand time watching Simba battle through puberty and Pocahontas frolic around the forest (Actually, I haven’t seen “Pocahontas” yet, but I can probably skip it altogether as I’ve seen “Avatar”), the sheer happiness radiating out of the movies was completely overwhelming.

While watching “Snow White,” I couldn’t keep myself from interrupting once or twice (or maybe a few dozen more). “Her voice makes my eardrums feel like they’re giving birth,” I commented. The storyline was plainly illogical, laced with so much saccharine sweetness I didn’t think it was possible for anyone over the age of 6 to watch without wanting to vomit in sugary technicolor. Maybe I’m just being cynical, but how can anyone expect me to believe that a little 5-minute walk in the garden (and dialogue-free, no less) is sufficient time to magically fall in love?

I have no problem with fantasy—give me fairies or dwarves or evil stepmothers, and I will stomach the clichés with little complaint. But many of the Disney princesses have only one goal in life: to get married. They’re perfectly content to spend the rest of their boring lives in boring castles doing boring things. (Will cooking great porridge contribute to your lifetime productivity in any way? No.) Hardly a good lesson to be teaching little girls, in my opinion.

Maybe using Disney movies as means of escapism is the reason they’re so appealing. They give people a sense of hope and security, luring us back time and time again for reassurance of that “happily ever after” everyone dreams of. Disney movies may not be realistic, or even remotely believable, but they can help people forget their troubles for an hour… or 10, if you’re daring like me.

So next time someone wants to find me? Instead of beating myself up over my last test score or wallowing in self-pity (oh wait, those aren’t mutually exclusive), maybe I’ll be watching Mulan save her country in men’s clothing, secretly enjoying it every step of the way.