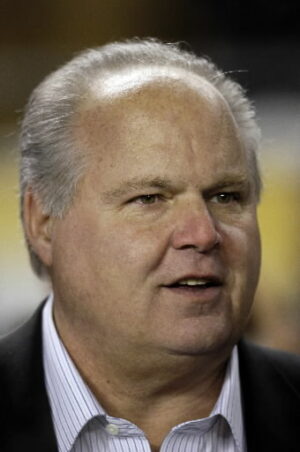 In life, there are certain events and tragedies that transcend the bounds of politics and bring people together for a common cause. Without a doubt, the recent devastation in Haiti qualifies as one of these events. Unfortunately, conservative radio talk show host Rush Limbaugh seems to be incapable of feeling, choosing to downplay the tragic event throughout his commentary in the aftermath of the earthquakes.

On Limbaugh’s radio show, the commentator urged viewers not to donate money through the White House Red Cross fund, insinuating that the money would instead be used to fund President Obama’s campaign. As Limbaugh foolishly asserted to his listeners, “You already give to the Haitian relief—it’s called the income tax.” Furthermore, he stated that the Obama administration was using the Haitian tragedy as an opportunity to curry favor and credibility within the black community.

Rather than making the morally appropriate decision to encourage his viewers to donate to Haiti, Limbaugh used his power to make a couple of unfair and cheap political points. Limbaugh’s primary comment, urging listeners not to donate through the government due to its alleged unreliability, is completely unfounded and has no basis in reality. The very notion that money donated through the government as opposed to private channels will not make its way to Haiti is absurd and the American people should know that their money will be safely and properly assigned by the government’s Red Cross fund.

The tragedy in Haiti has sparked a massive outpouring of support and a rigorous governmental program to encourage ordinary American citizens to donate through innovative means, such as text messaging. The Obama administration and the American people should be praised for their unprecedented response to aid the ravaged region, and it is uplifting to note that few people have chosen to heed Limbaugh’s ridiculous advice.

Limbaugh further went on to suggest that the Obama administration was somehow using the Haitian tragedy as a ploy to gain support. To be fair, the administration’s swift and effective response surely has produced the side effect of bolstered support for Obama among the American people. However, to suggest that the government’s primary incentive for aiding Haiti was simply to gain support is a cheap and unfair accusation and in no way accurately characterizes the good-willed, humanitarian intent of American aid to Haiti.

Although Limbaugh is no stranger to controversy, his latest comments cement his legacy as a man who panders to party politics. One can only imagine how Limbaugh would have responded had Obama not reacted to the Haitian tragedy as efficiently as he did. However, in consistently searching for any way to damage the Obama administration, Limbaugh may have done more devastating damage to his own floundering reputation.