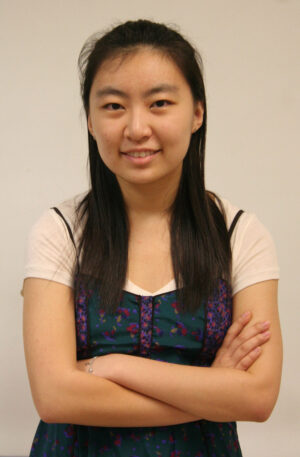 Sophomore Justin Ra is part of part of an influx of students who are moving to Saratoga High from all over the world. School registrar Jeanne Jamieson said 50 students have come to the school from other countries since 2008.

Their reasons for coming here are as diverse as the countries they come from. Some come in search of a better education; others are displaced from their home countries because of their parents' jobs. Regardless of their reasons, they all share one thing in common: the myriad of obstacles that confront them.

Sophomore Justin Ra is part of part of an influx of students who are moving to Saratoga High from all over the world. School registrar Jeanne Jamieson said 50 students have come to the school from other countries since 2008.

Their reasons for coming here are as diverse as the countries they come from. Some come in search of a better education; others are displaced from their home countries because of their parents’ jobs. Regardless of their reasons, they all share one thing in common: the myriad of obstacles that confront them.

“Everything was hard, and it’s still hard!” said Ra, who moved to the United States from South Korea two years ago. “I cannot study, I cannot do something. So if I want to study for a test, I just can’t do it because I don’t know the other words’ meaning.”

For Ra, coming to America was overwhelming because his emigration was unexpected. His father received an attractive job offer, and the entire family moved within months of his acceptance. When Ra first stepped on to the campus of Redwood Middle School as an eighth grader, he didn’t want to live in America. He didn’t feel at home here, and he didn’t like the people who tried to walk up to him to make a conversation

In retrospect, Ra said this foreboding sense—the feeling of wanting to walk away and avoid conversations—stemmed from his poor command of English. Ra yearned for his Korean friends and took respite in going home at the end of the school day because it was the one place he was able to express himself in Korean. Though he has made progress in his ability to speak English, Ra still finds himself having problems communicating effectively at times.

Although many countries have English as a mandatory language class, Ra’s challenges with the language are not unique. Though many students started learning basic English in elementary school, these English classes had less of an emphasis on pronunciation and verbal usage, and focused rather on applications relevant to foreign English speakers, like writing emails and reading academic writings. Even in this aspect, the English classes many students took back home were nowhere near the level of complexity as the English classes at Saratoga High. Kevin Hsieh, a junior from Taiwan, remarked that although there was a compulsory English curriculum at his school, it was at “a third grader’s English level.”

Accordingly, the students’ comfort with English encompasses a wide spectrum. “[My English] was really bad. I got confused on alphabet like ABCD thing,” Ra said of his initial speaking ability.

But not all foreign students have problems like Ra’s. Junior Mei Gao represents the other end of the spectrum: She had few, if any problems, communicating in English and had English tutoring and additional classes in her native China. Gao shared other problems in common with Ra, however. They both had trouble understanding the cultural differences between America and their homelands.

Kevin Hsieh said that this cultural gap was the biggest problem for him. Regardless of prior knowledge of English, moving to America “was like stepping into a whole new world,” he said. More than language boundaries, the associated cultural differences were overwhelming.

“During my first year it was hard for me to understand people, not for their speed, but their accent,” said Hsieh. “And they also speak English in quite low voices that I can’t understand them by the sound they are pronouncing. The slang is also confusing. For example, when they say, ‘Something–something is so sick!’ I thought they are talking about the word’s meaning.”

Gao, despite being fluent in English when she moved to the U.S., echoed Hsieh’s sentiments, saying, “[People] talk fast enough, and they talk about things I don’t know at all, like friends from younger ages, TV shows that they watch and things like that.”

Adding to these challenges, the students said Saratoga High’s workload is significantly more than they were accustomed to. Their unfamiliarity with English only serves to compound the problem: Even if the concepts in the homework are easy to understand, the wording often hampers their comprehension.

“The homework takes two times longer than [it does for] other people,” said Ra. “I have to search up the words, and I have to read two times to understand something. It’s really hard.”

A universal subject like science is assumed to be less of a problem than subjects that vary dramatically based on one’s geographic location, like history or literature. However, the colloquialisms teachers employ in their usual speaking, as well as the speed of their speech, can confuse foreign students.

“[Ms. Lisa Cochrum] talks super fast, and I was not familiar with the vocab, so for the first few weeks [of Biology] I didn’t get what she was talking about at all,” said Gao about her freshman year. “But then I got information out of the textbook, so I was fine. Gradually, I was able to get what she’s talking about in class. By the end of the year, that became my favorite class.”

Another one of the challenges foreign students face is knowing and recognizing numerous vocabulary words that comprise the crux of reading and writing.

“I think English is still pretty challenging since I lack in practice of writing essays and papers,” said sophomore Powell Huang, who moved to America in 8th grade from Taiwan. “Due to a huge amount of reading, CORE [a combination of history and English in Redwood Middle School] was pretty challenging for me at first.”

“The readings have many big words and the sentences are long and hard that I have to read the sentences three or four times to understand,” Hsieh agreed.

Though all students will inevitably begin to improve their English, how fast they do so differs. Huang and Ra have both been in America for two years, but their skill with English is significantly different. Huang believes he has “improved tremendously,” as he has begun to think in English rather than steadily translating Chinese into English, while Ra still struggles. Ra believes his initially limited knowledge of English has had a lasting impact on his growth as a speaker.

“People study English before they come to America, but I didn’t,” said Ra. “My English level was super low. I cannot say something after hello, and now I can talk to people and I can ask something to people. My English is still not good, but I [have gotten] better.”

The reason some foreign students pick up English faster than others is directly correlated with how often they apply it in their everyday lives.

“I read a lot and I barely talk to my friends in Chinese,” said Huang. “I talk in English most of the time and Justin and Kevin they talk a lot in their first language.”

Despite their differences, every student who was interviewed acknowledged that, through perseverance, they are making steady progress in acquiring fluency in speaking and assimilating into the new culture.

“I learned so much that I felt much older all of a sudden after I came,” said Gao. “About cultures, about life. The most important thing that I learned is that there’s no way for life to be sweet if you don’t smile at it. Thinking about things positively and keeping holding on is the only way forward.”