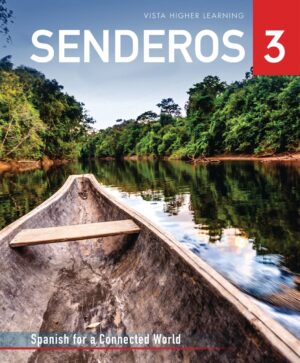 Spanish classes are now focusing on repetitive grammar and vocabulary lectures, rather than emphasizing spoken participation and collaboration.

The clock reads 11:40 a.m. as I tune into another session of Spanish class on Zoom, and I’m already beginning to zone out as another riveting grammar lesson awaits me — it’s time to conjugate 50 verbs.

Now that many schools across the nation have transitioned to distance learning for the near future, students have seen the rise of lapses in concentration, awkward breakout rooms and the infamous Zoom fatigue.

This drastic change has hit language classes especially hard. In the past, teachers have relied on student participation in order to imprint the material into their minds, and speaking the language has immense effects on students’ learning and understanding.

For Spanish classes in remote learning, however, verbal communication seems to take the backseat: Rather than emphasizing real-life applications, they seem to focus more on the intricacies of grammar. We’re fed information about conjugating verbs and memorizing vocabulary, yet it just isn’t possible to truly put our new “skills” to the test.

Of course, that’s not to say that grammar is unnecessary. Learning grammar allows new Spanish speakers to piece together words to form a complete sentence, but practicing through speaking out loud brings fluidity and a true understanding of the language itself.

Studying a language isn’t about getting an A+ on the next test, either. When traveling to other countries, foreigners can connect to natives through spoken tongue, even if it’s just a phrase or two.

Still, teachers face the challenges of  gathering participation from everyone. Ghosting Zoom classes by turning off cameras has been a rampant problem already, and down the line, more and more fatigue will lead to less and less participation.

Oftentimes, teachers are forced into staring at screens of silent faces, and it’s understandable that they’ve resorted to lectures and individual worksheets. Forced participation for students who haven’t mastered the material doesn’t really go anywhere: Unmuting once or twice a period and muttering several incoherent phrases of Spanish doesn’t do much for a language class.

Still, teachers should try to utilize class time for participation and group activities, leaving lectures for asynchronous work after class. Time is already of the essence, so in order to make synchronous classes worthwhile, it’s important to steer students away from worksheets and promote a more interactive type of learning.

To do this, teachers can more often engage students in impromptu conversations, be it during regular classes or as assessments. In doing so, they encourage students to practice informal conversations to build up their speech skills.

Apart from what teachers have to offer, it’s ultimately up to the students to decide whether they want to make the most of their time. Regardless, I’m sure they’d rather interact with one another instead of filling out packets of tedious work.

It takes some getting used to, especially for teachers who have had to meticulously plan classes and host synchronous meetings. Still, the curriculum should promote an interactive environment over written work for the benefit of students and teachers alike.