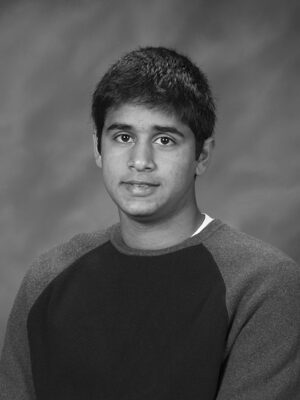 This story originally appeared in the April 4, 2008 edition of The Saratoga Falcon

Advertised as a “social utility that connects you with the people around you,” Facebook has in recent years become the typical high school student’s favorite time-burner, as well as a nationwide phenomenon for virtual friend-friend conversations and pictures.

For one determined college girl looking for a relationship, however, Facebook was the key to a much greater quest.

During an otherwise uneventful airplane ride, the woman made friends with a particular man that was seated nearby. They took a picture together but didn’t exchange names. They parted ways, but the woman found herself looking back at the ride a couple months later and desired to rekindle her short-lived friendship with the attractive yet unnamed man. Soon after, she decided to start her own Facebook group titled “Do you know this guy? Help me FIND HIM!” The group attracted thousands of users, including junior Paari Kandappan.

“One of my friends invited me to it, and it looked interesting,” said Kandappan. “I figured that at the least it was an interesting concept.”

A while later, Kandappan was curious to see if the girl would ever be able to find her mysterious airplane acquaintance through the virtual network. When he visited the group, however, he found that the girl’s account had been frozen by Facebook because too many people had messaged her. Now that the administrator spot for the group was open, Kandappan, or any other member of the group was eligible to take it.

“I went to check on it to see what had happened so far, and on the side it asked me if I wanted to be an administrator,” said Kandappan. “I thought ‘Wow, that’s cool,’ so I clicked yes.”

Though Kandappan received messages from a few confused people who noticed that his profile picture did not match the picture of the group, there were some who told Kandappan that they hoped he would find the boy he was looking for.

In the end, Kandappan’s efforts came to fruition, and he was able to serve as a medium for the two parted friends to come into contact with each other once again.

“The guy contacted me first and was wondering if I could give him the girl’s information,” said Kandappan. “The next day, my phone buzzed and the girl wanted her group back. I was like, ‘Sure, and by the way, here’s your guy.’”

Soon afterwards, the woman updated her Facebook account to let everyone know that she had found her mysterious airplane friend. Kandappan, however, was slightly irritated at her indifference toward the large role he had played in maintaining the group.

“I felt kind of cheated,” said Kandappan. “She never responded to my message, and she didn’t even acknowledge me. It’s not a big deal though.”

While the two acquaintances both said that it was a great experience to finally come in contact again, the degree of their friendship was extended no further, as the boy was already involved in a relationship.

“I think that even though the two didn’t end up together, it’s still an amazing thing that they met, and I find it hilarious that I was part of it,” said Kandappan.