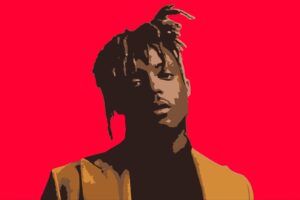 On July 10, Interscope Records released “Legends Never Die,” the first posthumous album of Jarad Higgins, professionally known as Juice WRLD. It garnered well-deserved popularity and quickly climbed to the top of the charts, making up 20 out of the top 25 songs on Spotify’s Top 50 Hits the week it was released.

Juice WRLD’s label, Grade A Productions, released the album following Higgins’s death in December 2019 due to a seizure caused by an accidental drug overdose. The drugs oxycodone and codeine, both of which contain opioids, were found in his system following his death. Higgins had struggled with depression and anxiety all his life.

In 2017, he explained at the beginning of his music video for “Lean Wit Me” that his father wasn’t in his life, so he was easily influenced by rappers who sang about drugs. Throughout the album, he frequently touches on his relationship with drug abuse and mental health.

Higgins began his career with posting songs on SoundCloud in 2015, but he had his first major breakthrough with the song “Lucid Dreams” in 2018. From then on, he has only found success, and “Legends Never Die” is no exception.

The album features 18 songs, alongside two interludes, an intro and an outro. The intro, “Anxiety,” was an excerpt of an interview he did in 2019 with Genius, where he discussed his struggles with drug abuse and anxiety.

In the first interlude “Get Through It,” Higgins sends his support and prayers to those who are struggling with their own issues in life. This same audio was first featured in Eminem’s song, “Godzilla,” released in January 2020.

The second interlude “The Man, The Myth, The Legend” reveals how other successful artists in the rap industry, such as J. Cole, Travis Scott, Eminem and others view him. They talk about how much they respect him through his lyrics, saying phrases such as “that kid was so talented” and “his potential was so off the charts.”

Songs like “Bad Energy” and “Conversations” stick true to his original style — emo-rap heavy — while he seems to explore a more uplifting and deep style through “Man of the Year” and “Up Up and Away.” In these songs, he incorporates heartfelt, personal lyrics with a quicker delivery. On the other hand, another song, “Stay High,” displays a more rap heavy sound.

The songs that really caught my attention were “Titanic” and “Can’t Die,” as Higgins is entirely candid and transparent in his lyrics. In “Titanic,” he compares his mental health and personal struggles to the sinking of the famous ship. Of all 18 songs, “Titanic” was the one that stood out to me the most. He explores a somewhat novel style and expresses his personal thoughts and struggles effectively.

In “Can’t Die,” he reflects on the losses he’s had in his life, particularly referencing his friendship with XXXTentacion, who was killed in an apparent robbery in June 2018. Higgins talks about using drugs as an escape to cope with his friend’s death.

The album includes a few well-picked features, including “Life’s a Mess” with pop and indie singer Halsey, “Smile” with R&B artist The Weeknd and “Come & Go” with DJ Marshmello.

Although he began his career relatively recently, Juice WRLD has forever influenced and changed the music industry despite his life ending far too soon, and this recent album proves that “Legends Never Die.”