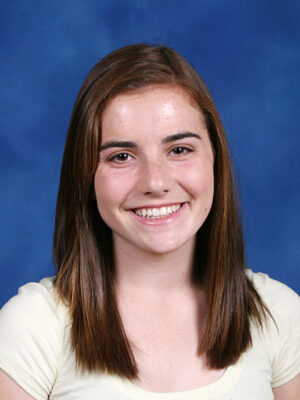 Spring is here! The sun is shining, the birds are singing and ... the juniors are stressing. With the SAT, the ACT, subject tests, summer program applications and AP tests piled on top of one another, it's no wonder the junior class comes to school each day looking more and more like they're walking in straight from the battlefield.

Spring is here! The sun is shining, the birds are singing and … the juniors are stressing. With the SAT, the ACT, subject tests, summer program applications and AP tests piled on top of one another, it’s no wonder the junior class comes to school each day looking more and more like they’re walking in straight from the battlefield.

And in the midst of second semester junior year myself, I’ve had my fair share of mind-numbing hours in test prep classes and late nights cranking out essays. My stress most of the time hovers precariously around threat level orange. So when an SAT test date rolls around every month or so, I really don’t need the extra worry of finding some random school at which to take it.

But that’s just it. Unfortunately, Saratoga High is not offered as a testing site for the SAT at any time during the year. Sure, you can take the PSAT at our home sweet school, but when it comes to the real deal, you have to trek to a foreign, uncharted campus, feeling not only nervous but lost.

For Saratoga students, the closest test center is Prospect High School, with its teeny parking lot and maze of dark hallways. But out of the five SAT test dates I have attended or will be attending during my time in high school, I will be traveling to five different Bay Area high schools: Fremont, Gunn, Prospect, Mitty and Leigh.

For the January test date, I took the SAT at Gunn High School in Palo Alto. If I was taking the test at Saratoga, I might have been able to sleep in a little later and rest easier the night before. But because I had never even been to Gunn before, I spent the night before looking at Google Maps trying to memorize the route there and gathering all my things together.

On the morning of the test, I left my house before most Gunn students had even woken up, navigating my way through empty freeways. When I got there, I had to squeeze into a parking spot, then wander confusedly through the school to try to find the room listings. And once I finally found the room listings, I had to somehow find some portable building that was designated by some random mix of letters and numbers on Gunn’s sprawling campus.

It is incontrovertible—there is always a home school advantage when it comes to the SAT. There are so many factors that can go wrong on test day and, without the comfortable familiarity of one’s own high school, there exists that much more of a possibility that your performance will be messed up. You don’t have to worry about how long it takes to drive or how to get there or where to park. You also don’t have to madly search the school during the five-minute break to find a restroom.

By allowing the campus to be booked on the weekends by outside programs so that students are denied the chance to test in a familiar setting, the school is unintentionally piling on added worries to its swamped juniors. I made a slight wording change that I think is more accurate: from only to unintentionally. -michael tyler 3/24/10 8:44 PM

And so, as my scheduled subject tests on May 1 only get closer, anyone know how to get to Mitty?