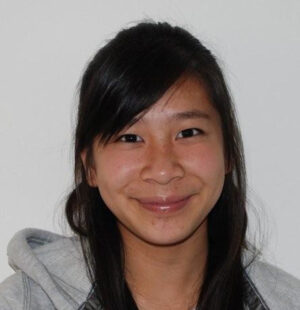 Most people think that only boys could possibly love football because it is such a physical sport. They are always huddled together in the parking lot tailgating before a game or preparing to watch their favorite football team battle it out on Sunday. But, even though I am a girl, I am passionate about football, too.

Most people think that only boys could possibly love football because it is such a physical sport. They are always huddled together in the parking lot tailgating before a game or preparing to watch their favorite football team battle it out on Sunday. But, even though I am a girl, I am passionate about football, too.

When I was little, my older brother forced me to play and watch football with him, and I guess as I grew older I began to like the game more and more. The excitement of scoring a touchdown or watching a running back sprint through the defense drew me to the sport.

The reason I love football is the adrenaline rush I get when a team makes a big play or tries to convert on fourth down. I never get bored because I never know what will happen next. The game is fast and brutal; my favorite thing about it is the physicality. For some reason, I enjoy watching the scrawny refs trying to break up the rough fights and the players tackle each other so hard their helmets fly off.

In football, the players have different skill levels, so the players are not matched up evenly. This leads to turnovers and game-changing plays. For example, one of the plays I remember most was Pittsburgh Steelers safety Troy Polamalu’s interception during the playoffs. It was a miracle catch, caught on his fingertips, leading to a huge turnover against San Diego Chargers. It is moments like this one that keep me coming back to watch more football. There are also so many different plays and coaching styles that each game and team is unique.

Another thing that draws me to football is discussing memorable players (Arizona receiver Larry Fitzgerald) or the latest football game with other fans. However, it is difficult to talk to my girl friends about football since they don’t follow it. I always have to talk to guys who are usually more than happy to discuss it.

I especially love college football because the players put more heart into their games. Students don’t get paid to join the team, so the only motivation they have to play is their passion. I find college football more intriguing than the NFL because there are fewer games and more stunning upsets in the NCAA. I eat, breathe and sleep USC football. I always know what is going on and I wish I could be in the stadium for all their games.

My obsession started a couple years back through my mom, a USC alumna. Oh and my dad went there too, and two cousins, and my uncle, and two aunts, and even my grandpa went to school at USC! Anyway, my mom began to watch the games and she imbued in me a love for the team. All kinds of great players have emerged from USC—running back Reggie Bush (my favorite player of all time), quarterbacks Carson Palmer and Matt Cassel and, of course, Polamalu.

There were dramatic moments like the “Bush Push,” where Bush pushed his teammate quarterback Matt Leinart past the goal line during the last three seconds of the game so that the Trojans could narrowly beat Notre Dame, and funny moments like the time my mom decided it would be a great idea to arrive five hours before the Stanford game. They have all been fantastic memories that I had while watching USC play.

I follow the team devotedly and always get excited when the season is coming up. I go to games whenever I get a chance and I have stuck with the Trojans through all the bumps in the road, whether a loss to Texas and quarterback Vince Young in the Rose Bowl or a humiliating defeat at the hands of Standard, the worst team in the Pac 10.

See, I obviously know a lot about football, maybe even more than some guys reading this right now. So I’ll keep fighting the stereotypes that girls can’t like football and keep my fingers crossed that my Trojans will “fight on.”