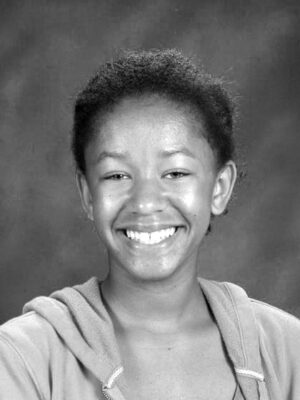 “So you’re African American, right?”
“Yeah.”
“But you just said you were German.”
“I’m German, African, Ethiopian, American Indian, and Asian. I can show you my family tree if you want.”

Freshman Halle Champion has had a conversation like this at least five times since she arrived at Saratoga High. Though often mistaken for being only African American, she comes from a host of different cultures.

“People don’t believe me at first, but then they realize that I’m more than one ethnicity,” she said.

Though she may not look Indian or Japanese on the surface, Champion’s friends have pointed out some specific features that reveal her true background.

“Her eyes are almond-shaped. Combined with her skin-tone, they look really exotic,” said
sophomore Samika Kumar, who knows Champion from their experience on the girls’ golf team.

Champion feels lucky that she has more opportunities to explore different cultures because they make up her heritage. Cultural awareness has always been important to her, especially since her family is such a blend of ethnicities.

“My parents are from Philadelphia, so we’re pretty American. My dad taught me to speak some German and Japanese. It’s fun to learn about all these different cultures.”

Though Champion and her family look exotic on the surface, they can also be seen as typical Americans.

“For thanksgiving, we get together with all of our cousins and do the same as everybody else. For Christmas, we get a tree and watch different versions of ‘Scrooge’ by the fire, which my mother loves,” said Champion.

The Champions love to play golf on the weekend, visit new restaurants and explore the country and world when they get the opportunity.

Champion was born in Beverly Hills and has also lived in Pennsylvania, Japan and Los Angeles. Most of her ancestors are a combination of African, American Indian, and German. Although the American Indian is the dominant part of her heritage, Champion identifies most with her African culture, because it is reflected most in her appearance.

Though she rarely comes across racial stereotypes, Champion finds them difficult to comprehend.

“I don’t want someone to say that I’m not a good person because I’m black,” she said. Champion added that she doesn’t understand why people would judge without getting to know someone beforehand. “It just doesn’t make sense,” she added.

In school, people are unsure where Champion comes from due to her striking appearance and American accent.

“I’m just a coffee tone,” Champion added, smiling. “I love my heritage, and I’m definitely proud of it. It’s the best thing I could have.”