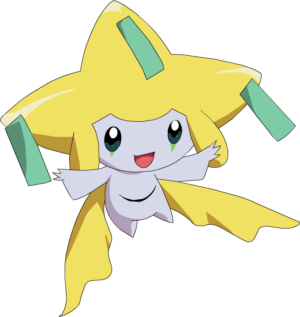 “Prepare for trouble, and make it double!”

Just kidding, we’re only wasting our second-semester junior year on playing Pokemon while ignoring the looming threat of AP tests in less than a month.

Justin: On what felt like day 300 in quarantine, I randomly opened a site that I hadn’t visited in over six years: play.pokemonshowdown.com, a site for competitive Pokemon battling. To describe Pokemon battles in simplest terms, two players face off with teams of six Pokemon each and the player who defeats all of their opponent’s Pokemon first wins. I texted my friend and fellow Falcon staffer Christine Zhang about it, and to my surprise, she responded by saying that she had also played competitive Pokemon before.

Christine: The both of us, like many other 2000s kids, grew up with the Pokemon franchise. Justin played the generation three and four games (FireRed, LeafGreen, Diamond/Pearl/Platinum), while I started with the generation four Pokemon SoulSilver and played until the release of the generation six games Omega Ruby and Alpha Sapphire. Since then, two more generations of Pokemon games have been released, the most recent ones on Nov. 15, 2019.

Justin: With no big, important standardized tests coming up anytime soon in our lives, the two of us decided to revisit our roots in competitive Pokemon battling. We logged onto the site and just started playing Generation Four Random Battles, where the six Pokemon of each player’s team are randomly generated, for fun.

Christine: Justin actually didn’t ask for my opinion on which game mode I wanted to play on (generation six), but because Justin simply failed to understand anything past generation four, we stuck mostly to his favorite generation.

Justin: After a plethora of back and forth games, it was becoming clear that Christine was getting frustrated from losing, and complained that due to the randomness of the game mode, she couldn’t make proper predictions and that I was winning off of luck or something absurd like that. So, we eventually moved to a standardized gamemode with custom built teams.

Christine: We found pre-built teams online and began battling in the OverUsed (OU) format, where most Pokemon are allowed. I ended up playing in generations six and eight while Justin stuck to his inferior generation four.

Justin: Through 38 games, I went 21-17 — most of the losses came from making hasty misplays at the start of the game and immediately forfeiting afterwards. My 21 hard-earned, well played wins came from a gradual mastery of my team and timely prediction moves, and absolutely not from other players’ rage quits or luck-based critical hits.

Christine: I played far fewer games than Justin did because he kept leeching onto me for advice in his games. I ended up going 5-3 and 3-1 in my generation six and eight games, respectively. I liked the generation six matches more because I didn’t know several of the Pokemon my opponents were using in generation eight, let alone their stats or typical movesets. However, my wins, unlike Justin’s wins, were actually deserved — Justin often relied on an overpowered move to win his games that I did not have access to. I also definitely did not score game-changing critical hits or bank on my opponents missing 85 percent accurate attacks.

Justin: On a serious note, though, I thoroughly enjoyed my re-introduction to competitive Pokemon and may or may not have played a few dozen more games on a different account.

Christine: If “thoroughly enjoyed” includes rage quitting after texting me screenshots of your opponents getting lucky, then I’m sure you did. But still, despite Justin’s constant complaints that the game’s luck was working against him, playing Pokemon was a fun and carefree way to waste time and procrastinate on AP studying during the quarantine.

Justin: If anyone wants to see our terrible ranking, our joint account was named “newsbackpage” on Pokemon Showdown. See if you can guess the password (hint: it’s not that hard).