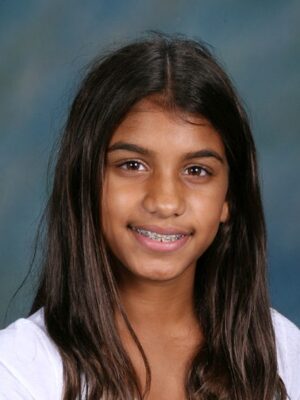 Two years ago on a sunny March afternoon, the emergency room at Good Samaritan Hospital was the last place Maya Srinivasan thought she would find herself.

Srinivasan had been a level nine gymnast—one of the top 60 gymnasts in the nation—and with the possibility of going to the Olympics only two levels away, her dreams were in sight. But that morning, her hands slipped off the bar.

After falling and landing on the edge of a foam pit where it met the concrete, Srinivasan broke her left ankle and was forced to endure a grueling 10-month recovery with two cast boots, a cast and a surgery. While slowly coming back, Srinivasan rolled and cracked her right ankle just one year later.

“Almost immediately, I knew I had broken [my right ankle],” said the petite but muscular freshman. “I knew this would be the end to my gymnastics career because my body, mostly the lower half, could not take the intensity anymore.”

I had spent nine years of my life sacrificing many things to come to the level I was at, and I couldn’t bear the thought of having to stop.”

Having been home-schooled in sixth and seventh grade to accommodate her hectic training schedule, Srinivasan then had to adapt to the absence of a large part of her life.

“It was extremely difficult [to adjust] because it felt like a huge something was missing in my life every day,” Srinivasan said. “There were no long car rides to the gym when I would do my homework. Something just didn’t feel right sitting at home doing nothing physical.”

As an eighth grader, Srinivasan resumed regular schooling at Redwood Middle School. Quickly making friends and adjusting to new classes, she realized that she hadn’t learned as much in her years homeschooling as she should have.

In addition, Srinivasan wasted no time finding a new sport to channel her athletic competitiveness into: diving. She began the sport because it required many similar skills as gymnastics yet put less strain on her body.

“I’m inclined to sports that flip and take a risk,” said Srinivasan. “I love flipping and twisting and going through the air. Diving was the natural progression from gymnastics.”

Having been such an elite gymnast, Srinivasan continues to challenge herself, placing first in her first diving competition last October with Santa Clara Diving and advancing quickly to Regionals and Zones, a competition between divers in four to five states. She is eager to begin her next season in March. Srinivasan also plans to join the school team.

“I think I’ll probably dive in college and hopefully make it to Nationals by junior or senior year,” Srinivasan said. “I think that’s probably as far as I’ll go. If I could, though, I’d go to the Olympics.”