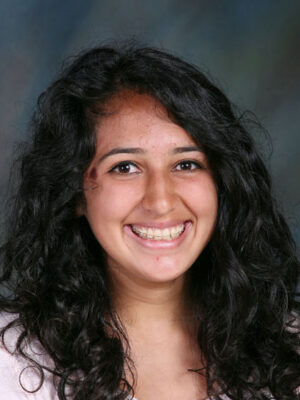 No Shave November. The tradition started last year when group of previously smooth-faced boys refused to shave for an entire month and therefore transformed into cavemen furrier than those in Geico commercials. It’s a month Harrier than Potter, pricklier than a porcupine and, most important, supposedly limited to males. So I decided to challenge this rule by conducting a little social experiment: No Shave (first week of) November, female edition. The result: an overwhelmingly negative reaction.

Grins turned to grimaces as people glanced at my legs. Some called it “disgusting, and totally wrong.” What I couldn’t understand was the fuss over my somewhat carpeted limbs, when the guy next to me looked like he had been using “Rogaine” as a lotion substitute since 1999.
With such a small decision, I realized the unsaid stereotypes that we are expected to adhere to, and how something as seemingly insignificant as not shaving my legs could bring about a tornado of caustic comments.

The reactions fall into three types: confusion, disgust and finally indifference (not always mutually exclusive.) Most guys didn’t care, or chose not to show they did, probably because they don’t shave themselves. Girls had an entirely different reaction. “Why, oh why would you do this to yourself?” Well, the answer is simple. I wanted to make a point.

Women shouldn’t have to do everything we are told, for the sole sake of fulfilling “obligations” we have to society. Some people thought it was disrespectful and obnoxious for a lady to have fuzzy limbs, even if it was for No Shave November. But if we were all brought up with the fact that hairy legs were the way to go, would it be discourteous if I shaved my legs?

Although my way of questioning society isn’t exactly what Socrates would have done (I’ll pass on the hemlock), it was my own way of saying that maybe it’s important to question rules rather than accept everything in a stride. Even if it is something as small as having legs the founders of Gillete Razors would be proud of.

Maybe I’m making a river out of a raindrop, but it’s just because I’m not afraid to swim. Unfortunately, my experiment can’t go much longer because this prickliness is starting to get uncomfortable. Oh Venus Embrace, I’ve missed you.