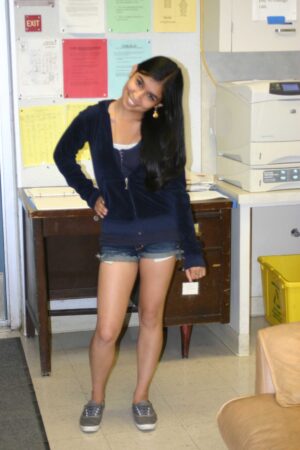 Walking down the halls of Saratoga High, the classic “prep” image is almost nowhere in sight. Girls don’t wear pleated skirts and knee highs matched with cashmere Ralph Lauren sweaters—instead, it’s easier to find tank tops and Abercrombie jean shorts that aren’t even long enough to conceal their own pockets. Swap headbands for side bangs and polo shirts for Juicy jackets, and you arrive at a more laid-back version of the original prep style.

California has a different version of prep that doesn’t include pearl necklaces and diamond earrings. To be a modern prep, you should spend hours in front of the mirror, text nonstop and foster an addiction to “Gossip Girl” and “90210.” In addition to being known for your memorization of movies like “John Tucker Must Die” and use of annoying chatspeak, try to gain a reputation for being irritatingly perky and clique-obsessed. With Taylor Swift as an idol, what else would you expect?

Your life revolves around climbing the social ladder and listening to Justin Bieber so much that you can hear his signature hair-flip come through in every one of his songs. Have hobbies like using pretentious lyrics to act deep and tagging as many people as possible in Facebook statuses. Burn everything you own if it isn’t obscenely expensive or from a respectable brand, and you could become even more popular than you are right now.

On the other hand, you could argue that Saratoga preps are more down to earth compared to those in other parts of the world. Preps in the traditional sense don’t usually care about grades or anything past high school—the world they’re in at present is the only one that matters.

“I’ve heard that at other schools, the preps can be really stuck up and self-absorbed, but the ones here are much nicer than someone from out of state would expect,” said sophomore Heather Sabel. “They act like how they think ‘cool’ should look, but whether they’re actually like that is anyone’s guess.”

Being preppy doesn’t always require spending ridiculous amounts of money to fit in. Fancy clothes can only do so much; in school, it’s all about the attitude. The conformist, bubblegum air surrounding a prep is like a signal—watch out, someone much cooler than you is approaching. You can only hope that they eventually come to their senses, and realize that acting preppy is only a phase—one that will burn out as soon as Katy Perry drops from the charts.