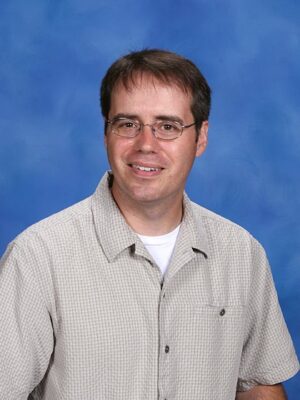 Atkinson is not a licensed therapist. He works with students and helps intervene and respond to situations of crises, but he doesn’t do therapy.

“It’s kind of a misnomer because when you hear school psychologist you assume therapy, but in most schools psychologists don’t have that kind of credential,” Atkinson said.

Atkinson mostly administers assessments to determine how a certain student learns. This information helps Atkinson devise a helpful educational plan for the person.

His main job is to assess learning styles and ability and to do cognitive testing. He also does consultation, which supports a team of special education teachers, department chairs and assistant principal Karen Hyde.

“I spend a lot of time in meetings and help to facilitate special education services,” said Atkinson.

If students face other problems such as drugs or alcohol, they are usually referred to a guidance counselor.

Atkinson is somewhat of an unknown of campus since most students are unaware that the school employs a full-time psychologist.

Nevertheless, Atkinson stresses that his doors are always open to any student in need of help.

“Students can absolutely contact me by themselves, but typically my points of contact are through the guidance department so usually a student will go to a guidance counselor and be referred [to me],” said Atkinson.

Although he is not well known, Atkinson has a great impact on the students he works with on a daily basis. Every month he directly interacts with about 20 students but indirectly he works on up to 40 students’ cases

Atkinson feels that his main impact on students is helping them identify how they learn and hopes that he has had a positive influence on students.

Atkinson got his degree in Boston and then moved out to California where he started working as a school psychologist in the Central Valley. After working there for a couple of years, he came to Saratoga High in 2006.

“It really is a team effort to help these students out,” said Atkinson, “and hopefully our work here makes a difference.”